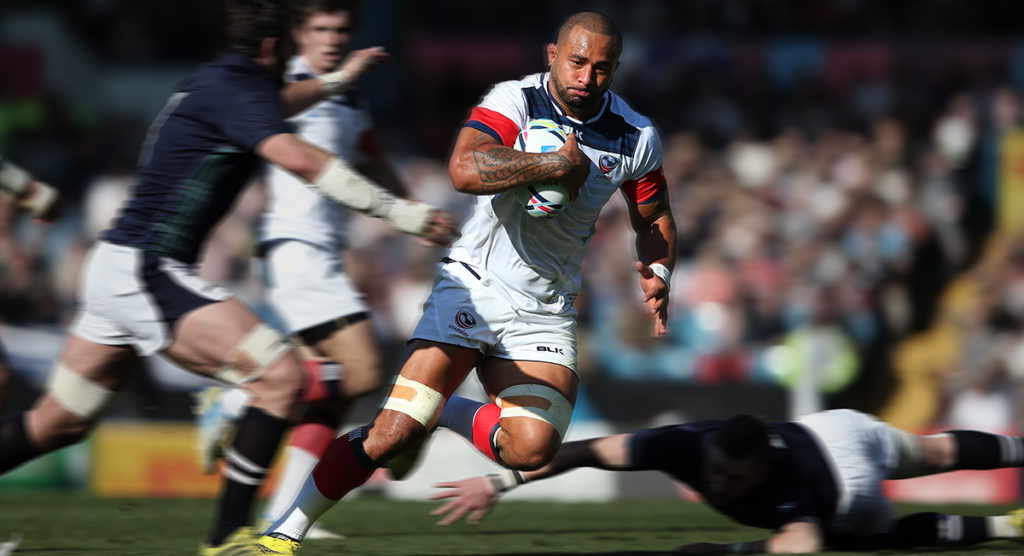 After making his debut for the United States in 2010, Manoa went on to earn 22-caps, captaining his country against South Africa in the 2015 World Cup.

The 34-year-old made his name in Europe during his spell with the Northampton Saints between 2011 and 2015. He won the Premiership in 2014 with the Saints, and was a nominee for the RPA’s Players’ Player of the Year award in 2015.

Capable of playing in the back-row or as a lock, he developed a fearsome reputation while in England as one of the most brutal tacklers in Europe. At 6ft 6 and weighing 20 stone, Manoa was known to put his full weight behind his bone crunching hits.

Here are some highlights of Manoa at his best:

Manoa earned a move to European giants Toulon in 2015, with whom he stayed with until 2018 when he moved to the Cardiff Blues. He had a short stint in the Welsh capital before making the move back to the United States and joining the Seattle Seawolves in May.

Just this past weekend, he contributed to the Seawolves winning the 2019 MLR title.

His retirement will not help the USA’s preparations for the World Cup, but ultimately he will know how much he could or could not still give.

One of the realest!!👊🏽 it was a pleasure suiting up with you and not against you uso lol all the best. @Blockmonstahz #419🇺🇸🦅 pic.twitter.com/sTLJJK3IED