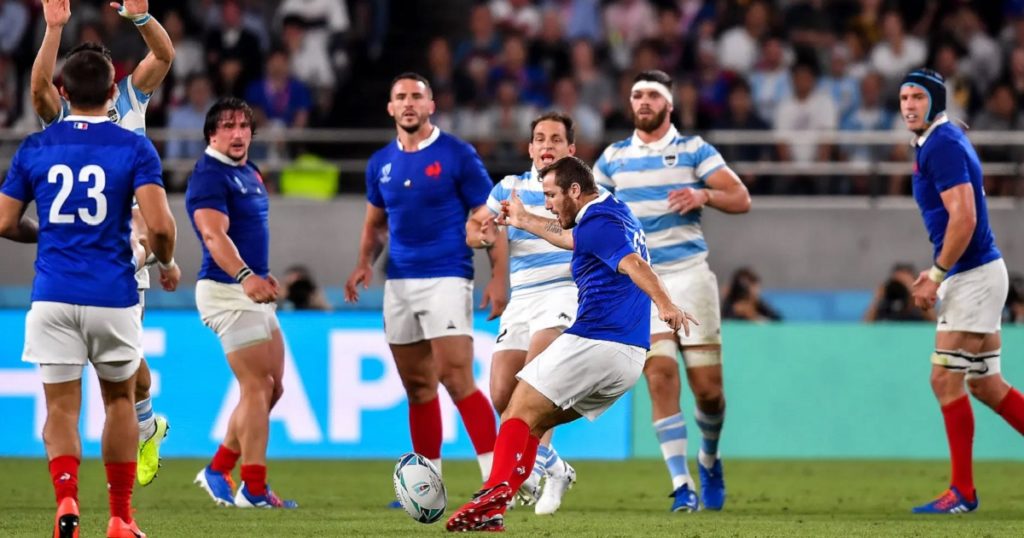 A late drop goal from Camille Lopez proved the difference as France edged out Argentina 23-21 in a thrilling opening match of Pool C at the Rugby World Cup.

The French had leapt into a 20-3 lead following tries from Gael Fickou and Antoine Dupont, but were pegged back just after the half-time break after Guido Petti went over.

Another try from Julian Montoya and two penalties from Benjamin Urdapilleta took the Pumas into a 21-20 lead heading into the closing stages.

But France eventually avenged their double World Cup defeats in the 2007 tournament with Lopez’s drop goal with 10 minutes of the match left.

France were by far the better team in the opening periods, showing the flashes of brilliance which had been lacking over the past two seasons.

Romain Ntamack and Damien Penaud were stand-out performers for the French half, although the winger was unlucky not to go in for a try of his own after a lovely out-of-the-tackle offload from centre Virimi Vakatawa.

Argentina hit back in the second half and proved more than a handful for France, particularly in the set piece where much of their success came from.

In what was already deemed a crucial match, France appear to have given themselves the best chance of qualifying for the knock-out stages in Pool C, with both sides having to face in form England later in the group stages.