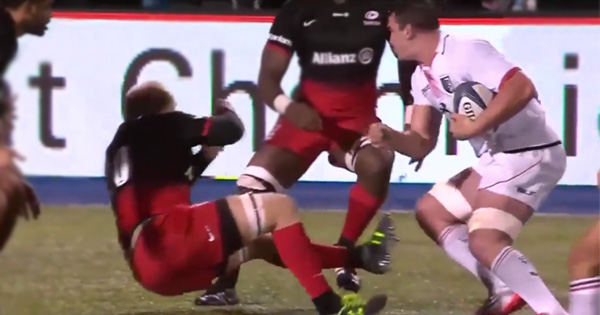 While Toulouse were on the wrong end of the 32-7 loss to Saracens at Allianz Park on Saturday, powerhouse number eight Louis Picamoles is one player who did make his impact felt.

Near the end of the game he took a quick tap penalty and as replacement Jackson Wray attempted to tackle him, he made this huge trademark bump-off. As we’ve seen many times, Picamoles is one of the strongest ball carriers in the game, so you simply cannot go too high on the man.

At the Rugby World Cup the French number eight showed glimpses of that famed power and explosiveness with some impressive performances, as can be seen in this edit of his best bits.