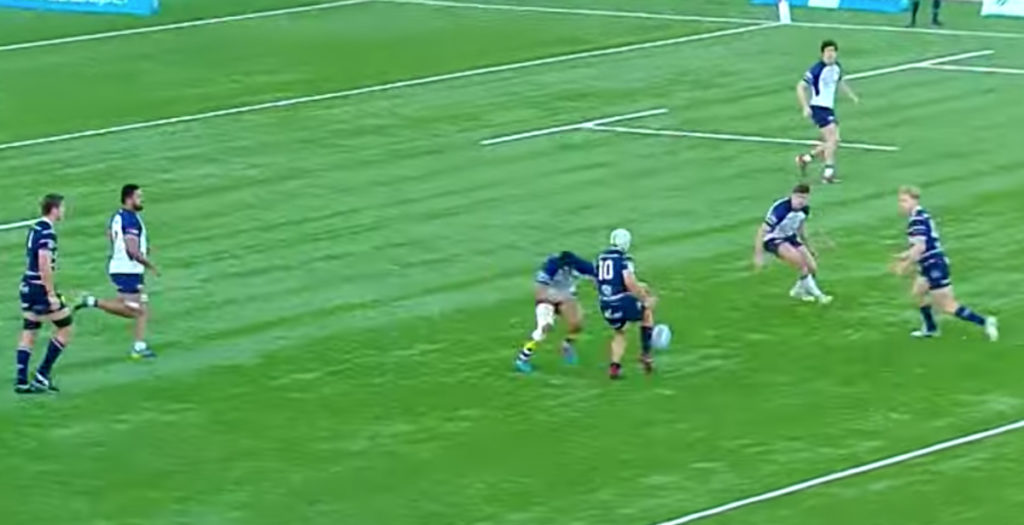 Eastern Suburbs picked up the play of the week award in the Shute Shield for a wonderful reaction try against Eastwood in round 18 of the competition.

Eastwood made a basic handling error from the back of a defensive scrum and the hosts pounced on the loose ball to regain possession on the opposition five metre line.

The Eastern Suburbs scrum half then threw a loose pass which fortuitously bounced into the arms of the stand-off, who reacted instantly to make a fantastic cross field kick to his teammate on the wing.

The right winger then popped the ball back on the inside to Henry Paterson who ran the ball over the line to finish off a fantastic play in Sydney.

Eastern Suburbs went on to win the game 48-26, leaving them fifth overall behind Eastwood in second, while Sydney University currently sit a point clear at the top of the table.