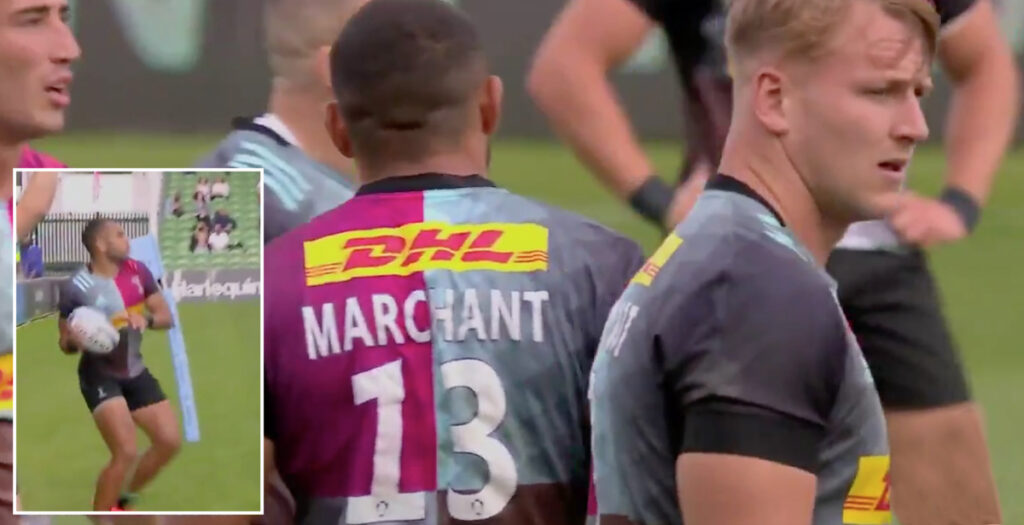 Quins had a lineout inside their own half and rather than wait for the forwards to set, Marchant took it quickly with a 50-yard pass to his teammate.

The unorthodox tactic paid off and Monye was left laughing and applauding the young centre in the second half of the game.

This is insane! A one-handed 50-yard throw 🤯

Despite Marchant’s quick-thinking it was Bath who ran away with a 27-41 win at Twickenham Stoop and full match highlights are available below:

Marchant has earned three caps for England and recently spent time with the Blues in Auckland where he played six times for the Super Rugby franchise.