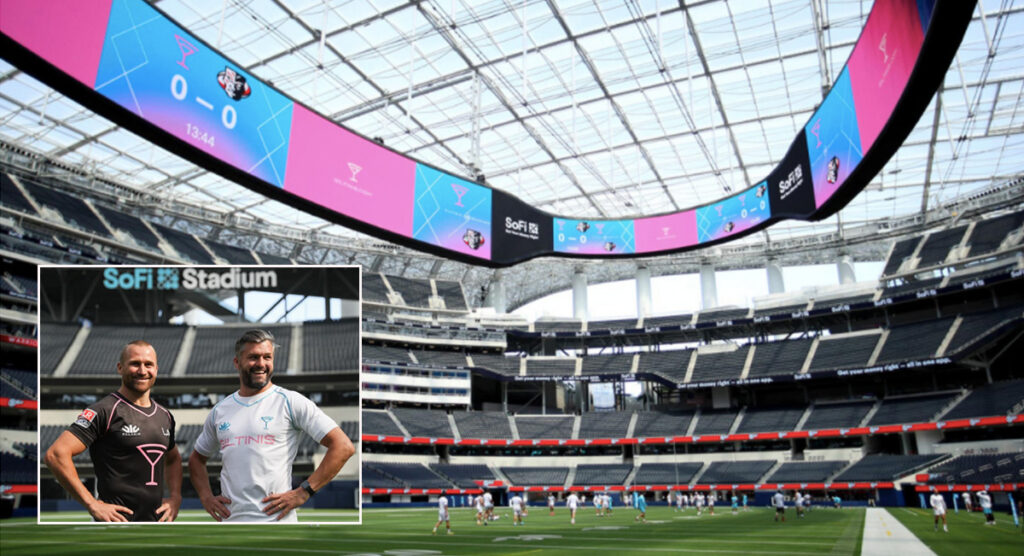 The world’s most expensive stadium is now the largest in the NFL and came with a hefty price tag of $5.5 billion. It has a capacity of just over 70,000 and will mainly serve as the new home of both Los Angeles-based NFL franchises, the Rams and Chargers.

The stunning stadium has already been pegged to host Super Bowl LVI in February 2022, the College Football Playoff National Championship in January 2023, and the opening and closing ceremonies for the 2028 Summer Olympics.

The club has been encouraged by the local support and actually sold out of the limited number of tickets they had for the historic match.

Not a ticket to spare!

The Giltinis have developed a loyal following in their brief existence, with both former Wallaby stars Adam Ashley-Cooper and Matt Giteau now play for the Los Angeles club.

General manager Adam Freier said: “We are thrilled to be part of history by providing fans of all sports with the opportunity to experience SoFi Stadium for one of the first times.”

“SoFi Stadium is slated to host a variety of world-class sporting events in the coming years, and we will continue to add dynamic events like Major League Rugby [MLR] to our list.”

For those who are interested, there is an epic video tour giving an inside look at just how amazing the facility truly is. With the ongoing success of the MLR and venues such as SoFi Stadium, it’s clear the USA is taking its rugby seriously.