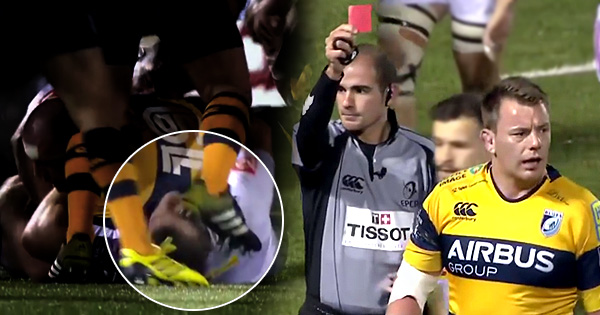 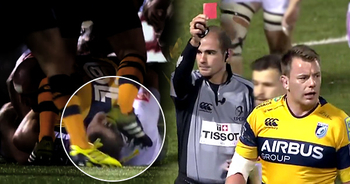 Cardiff Blues hooker Matthew Rees will face a disciplinary hearing in London tomorrow (Wednesday 25 November) following the straight red card he received for stamping on the face of Harlequins number eight Nick Easter in round two of the European Challenge Cup.

Replacement hooker Rees was sent off after Easter brought it to the referee’s attention, following a stamp that came very close, but due to good luck more than anything, didn’t take out his eye.

Referee Alexandre Ruiz was clear in his decision, sending the former Wales captain from the park.

Blues coach Danny Wilson felt there was no maliciousness meant though, saying it was accidental.

“There’s definitely no malice in it. It looks possibly like a clumsy situation,” said Wilson. “Matthew is not that type of player. He’s a very diligent professional with an extremely positive record behind him, which hopefully will go with him when it’s discussed.

Replays showed that Easter was very lucky to not be badly injured, as Rees’ stud came extremely close to damaging his eye. We’ve seen less dangerous eye-gouges be punished severely, so you can be sure that 34-year-old Rees could face at least 5 weeks on the sideline.

Easter tweeted after the match that his eye is fine, and thanked fans for the messages of concern.

Harlequins picked up a 32-20 bonus point win to move to the top of Pool 3.

UPDATE: Rees has been suspended for seven weeks.

“In upholding the red card decision, the Judicial Officer found that Rees had stamped on Nick Easter and determined that the offence was at the top end of World Rugby’s sanctions and selected 12 weeks as the appropriate entry point,” the EPCR statement read.

“He then reduced the sanction by five weeks taking into account Rees’s guilty plea, timely expression of remorse to Easter and clean disciplinary record, before imposing a suspension of seven weeks.”