McCall: Saracens to sacrifice Europe and focus on Premiership survival 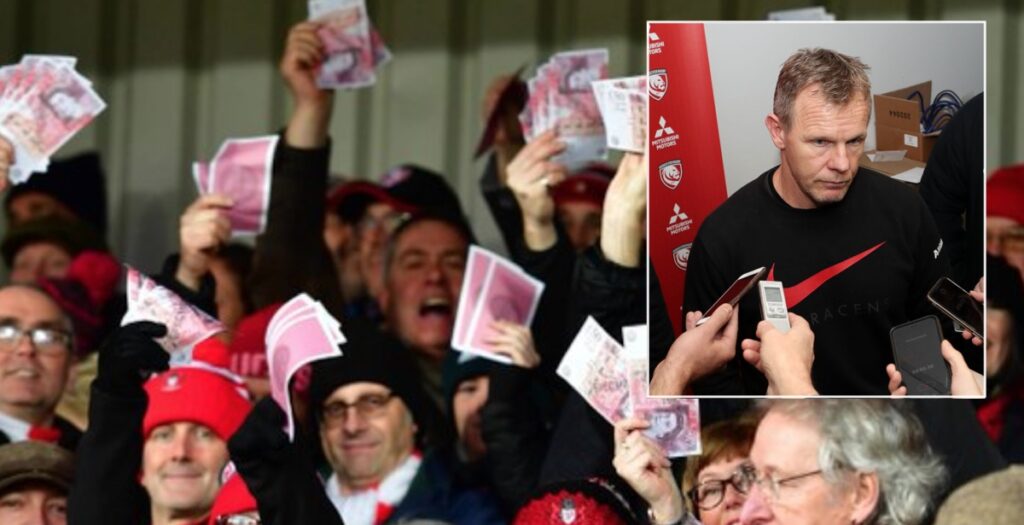 Saracens head coach Mark McCall said his side will focus on Premiership survival and forget about their Champions Cup chances following their 12-21 win over Gloucester at Kingsholm.

The European champions are now on -22 points following their sanctions for breaching the Premiership salary cap and Gloucester fans welcomed the visitors by waving fake £50 notes at the players.

Gloucester, Saracens, the pouring rain and an afternoon right in amongst it at Kingsholm. Banter and booze flying everywhere! #celerycap pic.twitter.com/mTZo3mOOKJ

After the final whistle McCall told the press that his side will sacrifice their European campaign to focus on surviving a Premiership relegation battle, which ties in with the club’s no-show at the Champions Cup launch earlier in the week.

McCall said: “Despite the appeal (which Saracens have issued against the punishments), we have to plan for the worst-case scenario so to avoid relegation is now the priority ahead of European rugby.

“We are not planning on breaking up our squad and most of the England players were in on Tuesday as they love the club, but the conversations with them may be a bit different now as some of our younger players deserve a chance in Europe.”

Saturday’s win against Gloucester generated a lot more support for Saracens after what has been a rollercoaster week for the five-time Premiership champions, but there was still lots of banter from opposition fans.

“To quote the immortal words of Taylor Swift…”

“Not to belittle the scenario, that’s just our mentality.”

Vintage Alex Sanderson as he reflects on a great performance in a crazy week for @Saracens. pic.twitter.com/IQRO5u6EwI

Well @Saracens love a bit of adversity and have been fantastic in the first half against @gloucesterrugby! Park the off field issues at the minute, on the field they are outstanding so far today