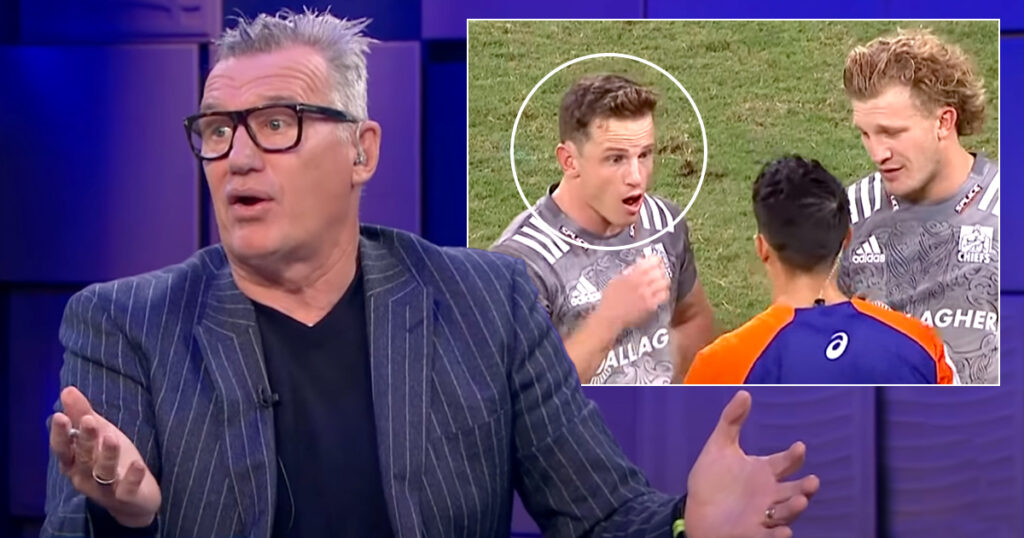 Chiefs playmaker Damian McKenzie has now been suspended following the much talked about red card he received against the Reds in the Super Rugby Trans Tasman competition this past weekend. The Sky Sport NZ’s Breakdown show panel had a fairly outspoken view on it.

The Melbourne Rebels won’t have to face Chiefs ace McKenzie with the playmaker suspended for three weeks after the sending off that shocked Brad Webber.

The Chiefs No.10 was marched for a dangerous tackle on Queensland Reds halfback Tate McDermott in the first half of their loss in Townsville.

The All Blacks star was banned for three weeks, up to and including June 19. That will allow him to be selected for New Zealand’s opening Test of the year against Tonga.

Red for Damian McKenzie after making direct contact to the head 🟥

On the Breakdown, John Kirwan and Mils Muliaina discussed why some calls get penalised more heavily than others.

They site that upright tackles are a problem, and mention that in the NRL, any contact with the head at all is a straight sending off.

Another interesting aspect of the discussion is that with the larger amount of cards these days, the game opens up more and we see a more entertaining product as a result.