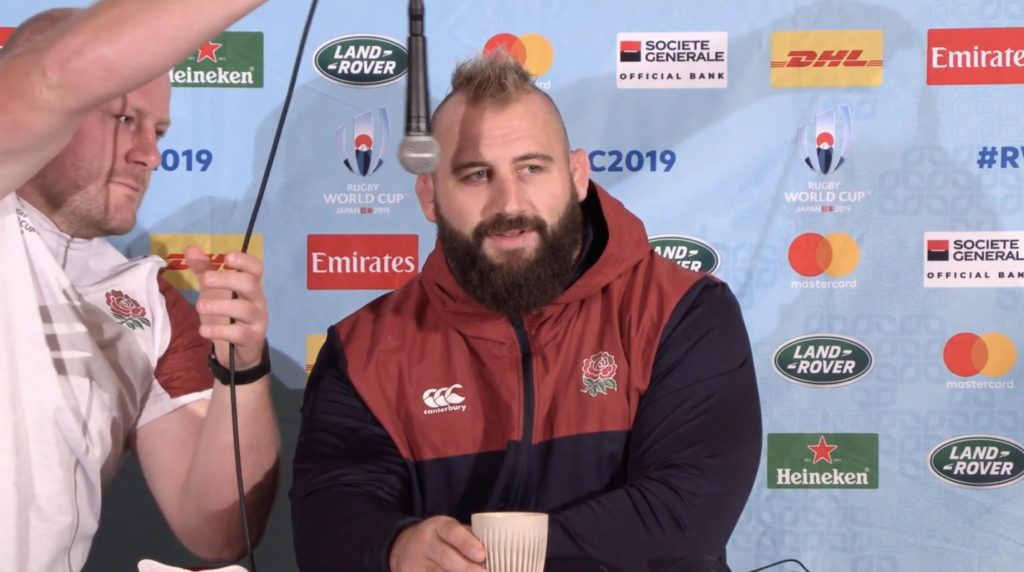 In their final press conference before the World Cup final, the front row pair of Joe Marler and Dan Cole gave a truly hilarious interview in preparation for their final.

England’s starting XV is unchanged from the semi-final win against New Zealand. It is the 12th time a team has named the same XV in the final as they did in the semi-final.

Marler and Cole were in sensational form in this interview ahead of their Rugby World Cup final clash against South Africa.

Some of the answers that they gave were truly hilarious.

England prop Joe Marler & his giant travel-pillow arrive with a bump at the team’s Tokyo city centre hotel ahead of the RWC final …(wait for it).. pic.twitter.com/sVkOqubb5G

A hilarious moment was when one of the media asked what Marler thinks of final referee Jerome Garces, and there was simply no way that a straight answer was going to be given for this.

The Vunipola brothers line up for England against South Africa.

The Vunipola brothers, Mako and Billy, and Manu Tuilagi start together for only the fifth time. In the previous four, against Ireland and France in the Six Nations, and Australia and New Zealand at this year’s Rugby World Cup. England have scored 111 points and conceded 44 in the 258 minutes the three were on the pitch together.

Dan Cole and Marler were comedy gold in this interview.

Good luck to anyone asking them questions.

Here is the video…