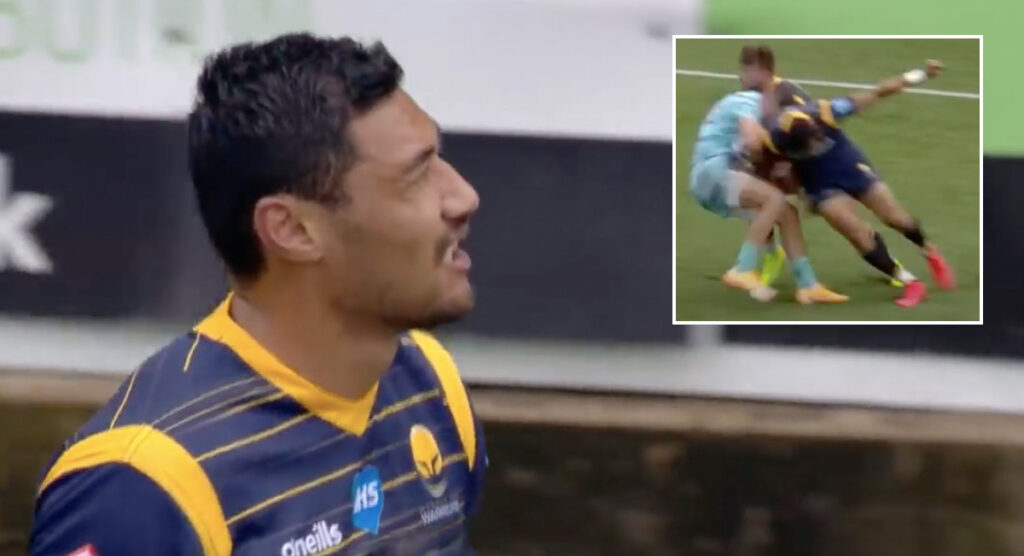 Worcester Warriors back Melani Nanai has been suspended following the red card he received for a dangerous tackle against Gloucester at the weekend.

The offence was a dangerous tackle on Jonny May, as Nanai leaned in with the shoulder in a double hit that left the England winger dazed on the floor.

He was in fact removed from the game after failing an HIA. On top of that, Gloucester’s Head of Medical provided a medical report stating that May had a confirmed concussion as well as a left sided Cervical facet joint sprain at C4 and C5 levels.

Nanai accepted the charge against him and was handed a three-match suspension by the independent panel comprising Ian Unsworth QC (chair), with Mitch Read and Tony Wheat.

The panel applied the mandatory mid-range entry point (due to contact with the head) and allowed the player the full 50% mitigation. Nanai is free to play again on 1 September 2020.