Midweek Madness - How to get the opposition prop sent off 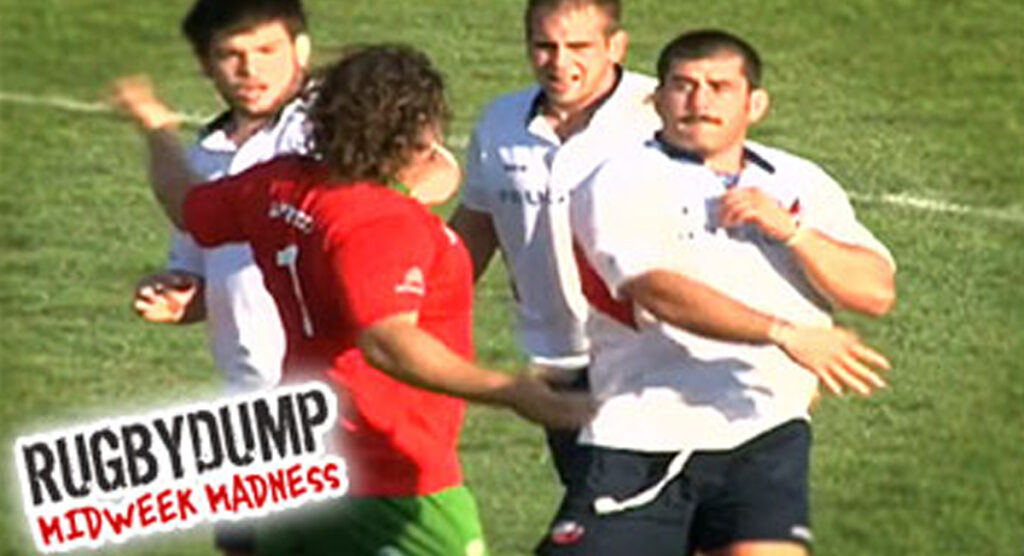 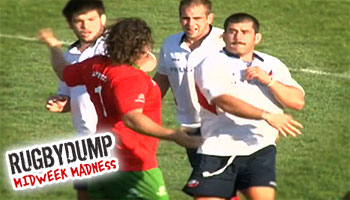 Portugal climbed three places to 21st on the official IRB World Rankings after their 28-22 victory over Chile in Santiago on Saturday. They won the game despite having a player red carded in the second half for a head butt.

Portugal actually passed Chile on the rankings a week before this game when they beat Uruguay, taking them up to 24th place as the race for a Rugby World Cup 2015 place hots up.

The 2007 Rugby World Cup side swapped places with Namibia, who dropped to 24th position after their dramatic 38-37 loss to Spain at home in Windhoek. Chile now sit at 25th, with Portugal at 21st.

In front of 2000 fans in Santiago, each side scored a try a piece and it was Chile that led 16-9 at the break thanks to a Pablo Huete try. Portugal came back strong in the second half though as they scored through Gonçalo Foro, and the boot of Pedro Leal.

They did well to win this one after prop Francisco Fernandes was sent off for an attempted head butt on opposition front rower Francisco Deformes, in quite comical circumstances.

Fernandes was clearly already wound up before being pushed over. He threw a bit of a short jab but missed, and was then slapped at and mocked before finally losing it, and missing with the head butt.