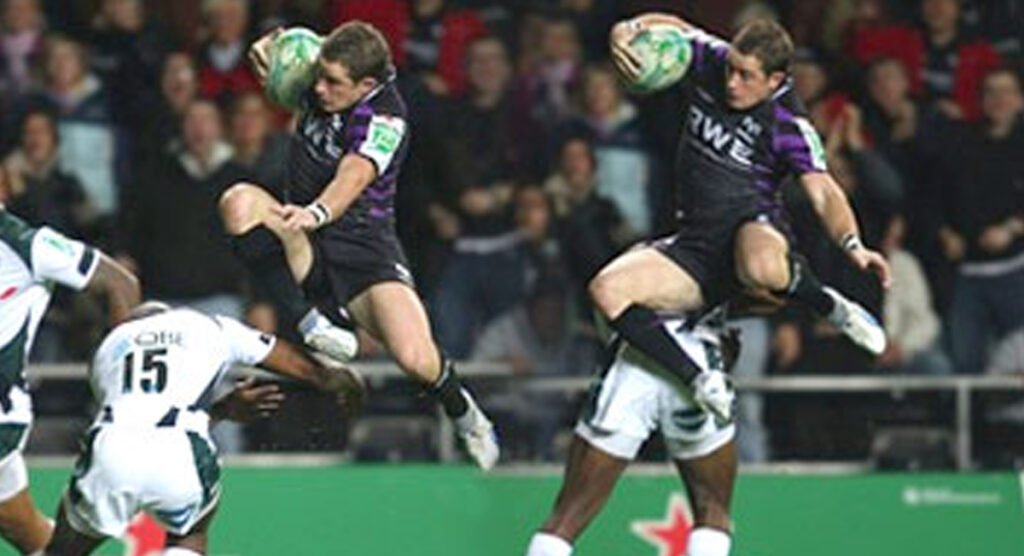 This is a quick clip that was actually posted to the Rugbydump Facebook Page earlier in the week and features Shane Williams hurdling over opposing wing Topsy Ojo of London Irish during their match on the weekend.

If you’ve already seen the clip, then you’re more than likely one of the thousands who Like RD on the FB page. If you’re not on there, or following on Twitter for that matter, then you’re missing out on random video clips, news, info, and competitions as now and again some good stuff gets posted there first or instead of here on the main site.

So all you need to do to become a fan of Rugbydump is click like on the box on the side here, or visit facebook.com/rugbydump to like it and news feeds will then integrate into your homepage there so you won’t miss any of the great clips, news, or promotions from around the world of this wonderful sport.

Back to this video now though – it features twinkle toed Williams on attack as he slipped through the defense then tried to avoid the covering Ojo by stepping inside and taking off. It probably wasn’t so much dangerous as it was freakish.

“Luckily enough he didn’t even touch me I don’t think, but there was cover defence there and I got absolutely creamed in the end and lost the ball so a bit disappointing,” he said afterwards.

Williams scored a fantastic try in the match too, which you can check out in the related posts (under the video) as well as some other great videos.
Next step: Become a fan of Rugbydump | Follow Rugbydump on Twitter