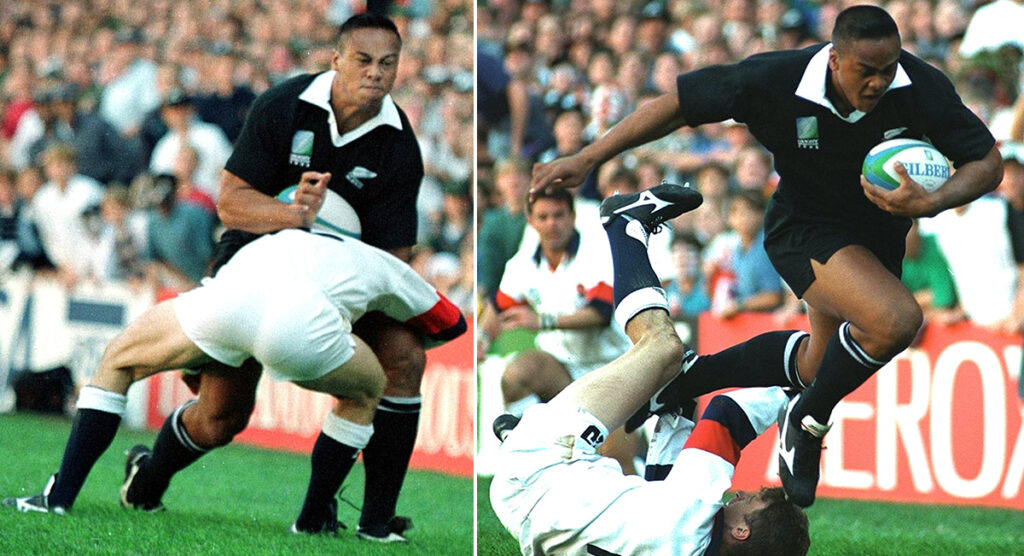 It’s 25 years since that famous day in South Africa when England felt the full wrath of New Zealand’s 20-year old prodigy, Jonah Lomu. The giant winger scored four tries in that semi final, blasting England out of the 1995 Rugby World Cup and leaving a trail of destruction in his wake.

Perhaps the most famous of his tries on that day was when he ran over Mike Catt, the hapless England fullback who did all he could to attempt to stop the 118kg flyer.

Catt spoke about it a few years ago, talking about his tactic for stopping the steam train heading his way.

“If a 15 (fullback) has to make a tackle, that means 14 other people have missed that person,” Catt said.

He says that he tried to follow the correct, basic technique of making a tackle – go low and drive through the tackle, but next thing he knew, he was on his back, turning to see Lomu scoring the try.

Catt also spoke about it in this great video from World Rugby, showing Lomu’s impact on the tournament.