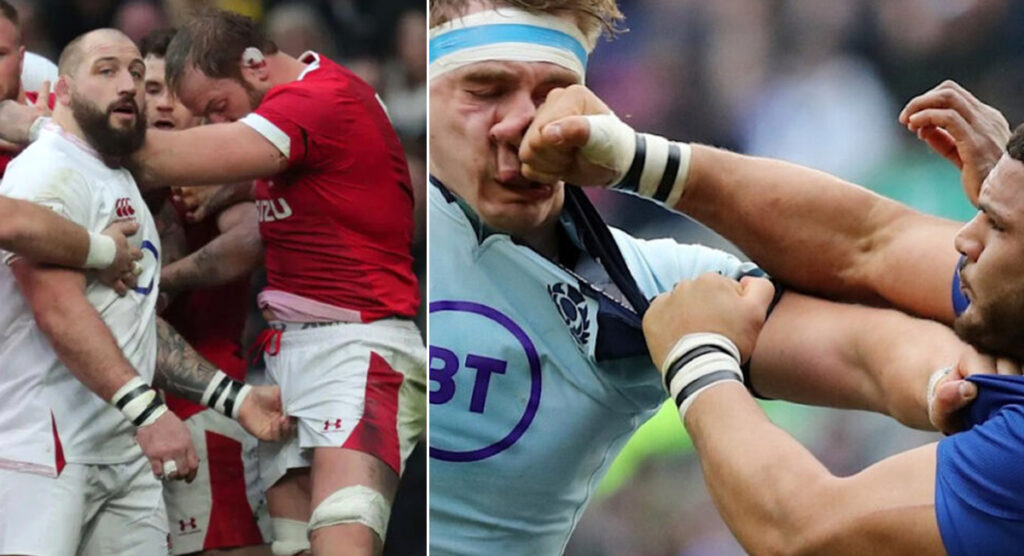 Joe Marler’s ten-week ban for the now infamous groin grab of Wales captain Alun Wyn Jones does not compute with some people when compared to other bans handed out this week.

The Harlequins loosehead was expected to be punished, not only because this did contravene World Rugby Law 9.27, but because an example had to be set in this unprecedented case, regardless of his intentions or attitude.

With the low-end entry point for such an offence being a 12-week ban, Marler’s was reduced by three weeks (with a further one added on), which is what many people may have expected.

However, confusion has arisen when comparing Marler’s ban to French tighthead Mohamed Haouas’ three-week suspension for punching Scotland’s Jamie Ritchie on Sunday, for which he saw red.

The 25-year-old was initially given a six-week ban, but the disciplinary committee halved it based on his good conduct, guilty plea and relative inexperience on the Test stage, having only made his debut for France in February.

Former England captain Will Carling shared a photo of the two offences on Twitter and said he is “struggling” with it. These sentiments have been echoed by many other figures in the game, particularly as the Frenchman’s intent was far worse.

I am struggling with this. For the left ‘incident’ a 3 week ban. For the right hand ‘incident’ 10 weeks. 🤔 pic.twitter.com/C0fXk1VEMQ

I just don’t understand the rationale that Joe gets a 10 week ban for his misguided antics yet the French prop only gets 3 weeks for a wreckless punch with intent 🤷🏻‍♂️ https://t.co/diTaftiedv

Not sure I would have had them in that order….

Comparing bans for different offences in rugby is always a problematic procedure that often creates more confusion, and this instance is a perfect example. Even comparing bans for similar offences is dangerous ground to tread on.

It must be noted that Haouas actually received the mid-range punishment for his offence (Law 9.12), while Marler received the low-end for his.

FOUL PLAY: What the disciplinary committees said about Marler, Lawes and Tuilagi

The Englishman’s case was always going to be complex one though, as there was no malicious intent, particularly compared to the Montpellier man. But those are ultimately World Rugby’s laws, although that may not suffice for many.

The bans mean Haouas can return to playing in mid April, while Marler will be out of the game until June.