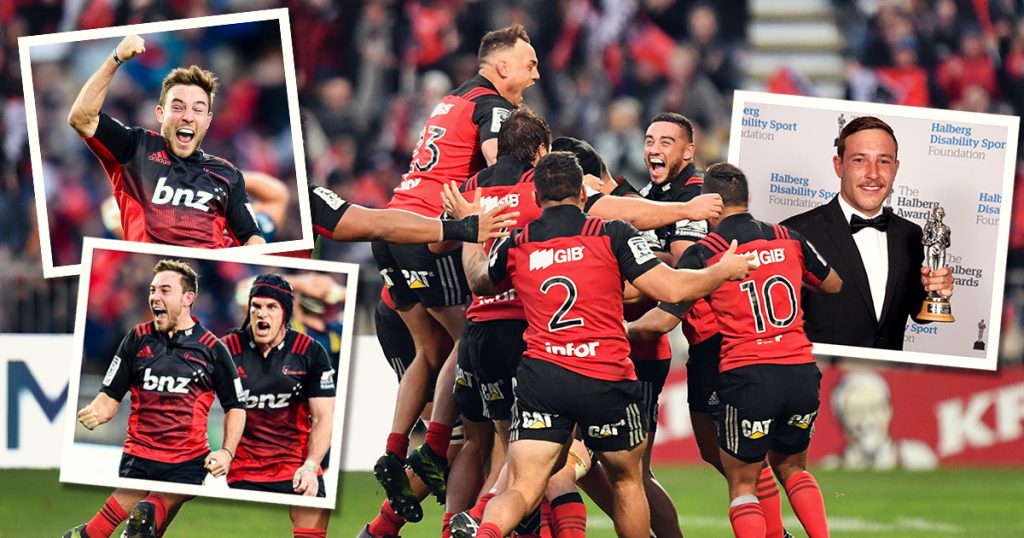 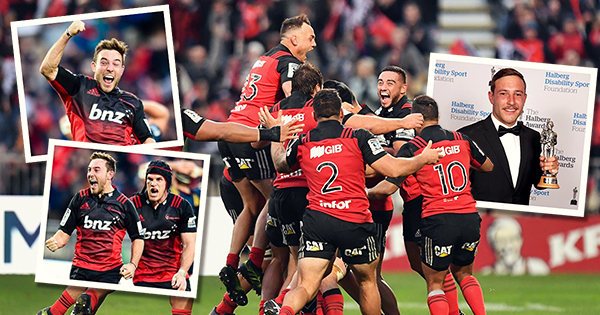 Crusaders back Mitchell Hunt has picked up the New Zealand Sporting Moment of the Year award at the 55th annual Halberg Awards today. Hunt’s incredible match-winning drop goal against the Highlanders in last year’s Super Rugby tournament earned him the accolade.

“We’re incredibly proud of Steve and the whole team and the amazing success they’ve achieved over the years.  They’re currently sitting on a 90 percent winning record and been the number one ranked team in the world for eight consecutive years,” said NZ Rugby Chief Executive Steve Tew.

Tew also congratulated Hunt, who won the match for the Crusaders with this drop at the death.

“Congratulations also to Crusaders first five-eighth Mitch Hunt, whose long-range drop goal to defeat the Highlanders in last year’s Investec Super Rugby competition was voted by the public as the Favourite Sporting Moment of the Year,” Tew said.

Congratulations to Mitchell Hunt for winning New Zealand’s Sporting Moment of the Year at the #HalbergAwards for THAT drop goal! ???????????? pic.twitter.com/GgXDpFwVus

The Crusaders had gone square with a Hunt penalty, but with seconds remaining, he missed another opportunity and squandered the chance of winning it with a penalty.

He was not done there though, as minutes into extra time and after 17 phases, he had a crack.

“I was harping on at the boys, trying to get into them to keep going and Wyatt Crockett turns around and says ‘do something with it’,” Hunt explained after the match.

“So I probably wasn’t going to argue with Crockie. I said to Bryn (Hall) two more (rucks), and thought I had better chuck something in and kick it.

“I knew it had the direction. It was just off-centre, off the black dot. The only thing I was worried about was the legs. I am not a predominantly long kicker. Goal kicking or punting, it is not usually me. It must have just only dropped over the bar.

“These are the sort of kicks you do at the end of training, when you are 10 years old at the park.”

Coach Scott Robertson was equally surprised, saying it was not how they would have planned it.

“He was unbalanced, on the angle. We had practised him being straight in front. He did everything he probably shouldn’t have and nailed it. So that is the sign of a guy with a clear mind.”