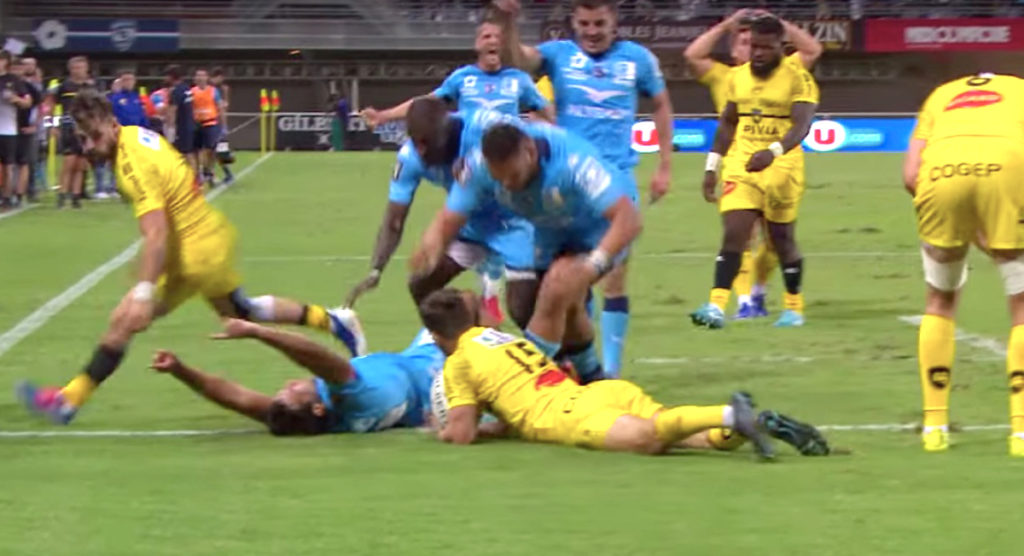 Montpellier scored one of the tries of the weekend as they went 80 meters against La Rochelle, securing a 30-16 win in the process. They climb to third on the Top 14 table after three rounds of play.

The counter attack was started by Henry Immelman in Montpelliers 22m, as they spread the ball from left to right and some neat play by Gabriel Ngandebe gave Anthony Boutheir space down the wing.

The two players combined again with an inside ball before Ngandebe was brilliantly tackled by Ihaia West, but popped to supporting fullback Boutheir, who in turn found Immelman, who had continued his run from deep.

The try sealed the win, moving them to third on the table in the early stages of the Top 14, while La Rochelle are bottom.

“We had a different behavior in the second half, which is a sign that our team has a lot of character. This season, our mood is very positive, whereas last year, we would have struggled to return to the score,” said lock Paul Willemse, who crossed for two tries.

“We need to be more precise, eliminate the doubt in the field for video refereeing. We missed a lot of opportunities,” said Jono Gibbes, sports director of La Rochelle.