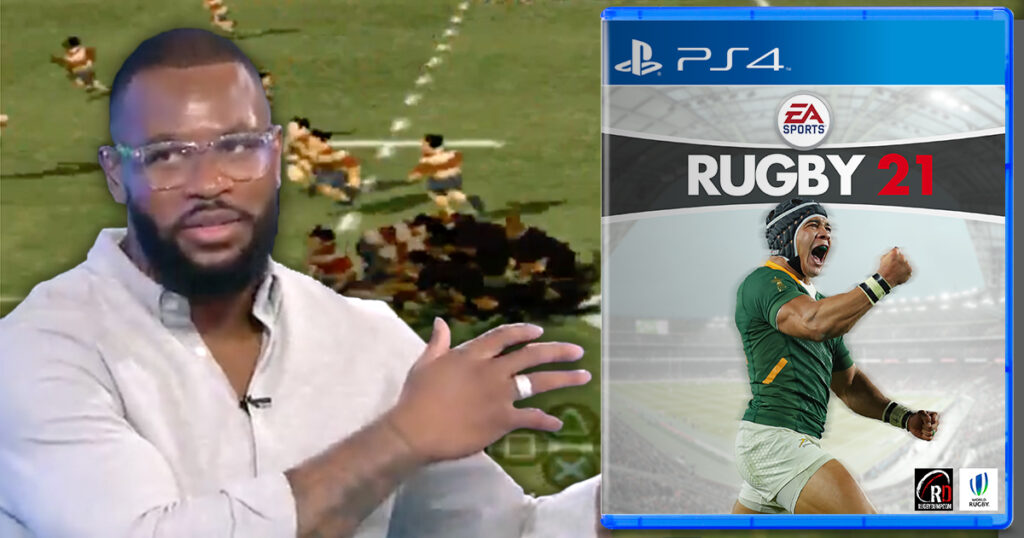 Ugo Monye’s calls for a new rugby video game have received a lot of support online.

Speaking on BT Sport yesterday, for whom he is a pundit, the former England winger said a new video game is a way to entice a new audience to rugby, something that is frequently discussed.

"The one thing we HAVE to get is a computer game!"

This idea has since garnered a lot of support online as many people are aware of the influence that the video game industry has, particularly to a generation of people that rugby is trying to reach. The FIFA and Madden franchises have been repeatedly cited as two gateways into football and American football, respectively, while rugby has little or no presence in the esports industry.

One person that was certainly aware of this was Agustín Pichot, who stressed the importance of making a new rugby game last year as he campaigned to be chairman of World Rugby.

“Rugby’s old-fashioned in terms of technology,” he said. “I see my kids today and realise the importance of e-sports for the new generations. They play Fortnite, League of Legends, FIFA. All of the established sports markets are connected with digital games and that is a huge means of attracting a younger audience. FIFA 2020, NBA 2K20, NFL Madden.

“Rugby hasn’t had a decent game since Jonah Lomu Rugby in 1995, so that would be part of the remit for a dedicated World Rugby innovation department. You need to think about how you approach the modern fan. Young boys and girls. It’s not rocket science.”

Both Monye and Pichot regard Jonah Lomu Rugby as the gold standard of rugby games, released almost a quarter of a century ago, although EA Sports’ Rugby 08 is often held in as high regard by fans. New games since then have failed to make the same impact as their predecessors.

Fans have also been listing innovations from other sports that rugby must adopt in order to attract a new audience. Equivalents of football stickers, Fantasy Football and Football Manager games have all been suggested.

There was a lot of enthusiasm amongst the rugby fandom when Pichot announced his plans last year, and Monye has stoked that fire.

Couldn’t agree more, rugby games have been getting worse and worse since Jona Lomu Rugby, a great game would help bring people yo the sport. Well said @ugomonye https://t.co/nOBt6NH0Ni

Mr @ugomonye making a valid point. What video games can do for sport is immense. Look what Tony Hawk’s Pro Skater did for skateboarding culture. A big budget rugby game would drive a lot of interest around the sport. https://t.co/cpCDEyDeLe

This is exactly what rugby needs. @EASPORTS I promise you there IS a market for a Rugby game. Take a few years and make it actually good and I promise the development will be worth it.

Target the 2023 World Cup, fans can wait but we want a good product. https://t.co/eYLzzrVmXd

Pichot put forward a videogame in his candidacy for the World Rugby chairman spot.

He was in 4 RWC rosters for his country; three of which in the profissional era. He captained SF to Top 14 glory.

Instead a 68-year-old who retired long before pro rugby began runs World Rugby.

I think if EA got involved and world rugby pushed the game it could really help with introducing new fans / players to the game. My knowledge of American Football is pretty much all from Madden!

What I really want is a proper Rugby Game Football Manager style – Not just for consoles but one that works on iPads & Tablets.

Would raise the profile of the sport, get some much needed engagement too and it can be done I mean look at Madden! EA & World Rugby need to get on the phone ASAP!!

Yes Ugo! We can launch rockets off planes and create vaccines in super quick time – surely someone somewhere can create a scrum and breakdown algorithm for an EA Rugby type game!? Personally I’d just buy it for a virtual @Nigelrefowens!! But they do it well for NFL, why not RFU?

The Madden series was my gateway into the NFL. I only played it as there was an absence of decent rugby games, but it fast-tracked my knowledge of the rules, tactics, players in a fun way. No reason why a good rugby game couldn’t be a gateway into the sport for others.

The Rugby World Cup is the 3rd biggest sports festival in the world behind Football WC and Summer Olympics. It’s insane that there hasn’t been a recent top tier console/PC game for rugby when sports like Golf have annual releases. A total miss from @WorldRugby and @EASPORTS