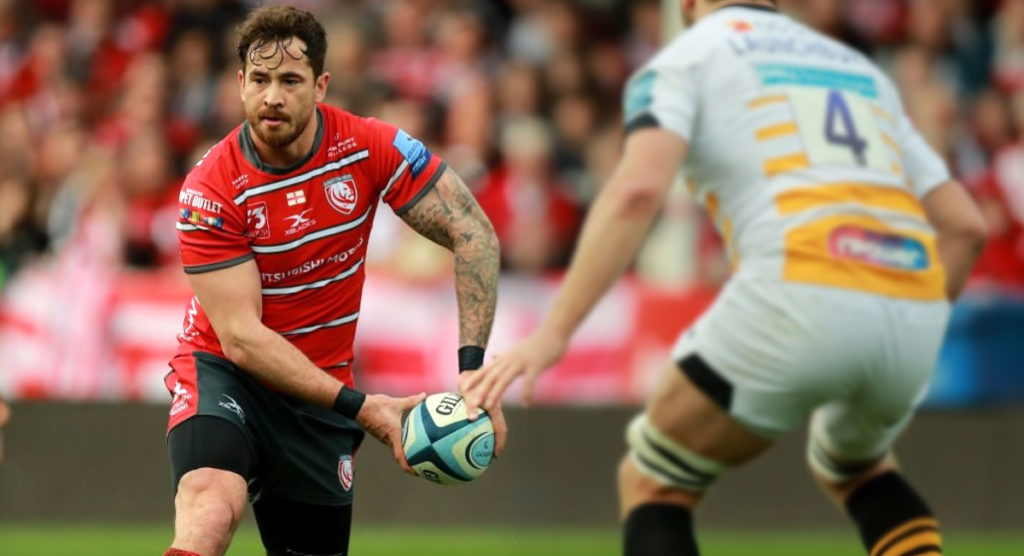 With Danny Cipriani edging ever closer to signing a new deal with Gloucester, there was no better time to make a statement than against his former club Wasps last Saturday.

The mercurial fly-half’s future was in doubt, with a raft of English and French clubs interested in him. Financially, it would be in Gloucester’s interest to let the 31-year-old go, but very few fans would want to see that happen as he has been instrumental in the Cherry and Whites’ resurgence this season.

Johan Ackermann’s side now sit in third place in the Premiership, eight points clear of fifth place Northampton, and are in a good position to make the playoffs with only five games remaining. Cipriani has been integral to this campaign, as he has proved all season to be one of the coolest heads in English rugby.

WATCH: Danny Cipriani opens up on watching another Six Nations as a fan

The manner in which Cipriani manages his team is second to none, and he often has a lethal backline firing. This was certainly apparent against Wasps at Kingsholm, as he helped orchestrate a wonderful Gloucester try.

He has the uncanny ability to pick the right pass despite a number of options, and it is understandable that Wasps had no answer to this move:

All The Angles (again!)

Can we just pause to discuss the effort from Tom Marshall? Where does he come from!!

What a finish from Willi Heinz ⚡️ pic.twitter.com/1uADjCsHXm

However, the quality that has always made Cipriani unique is his finesse and flamboyance. The former Wasp has a skill set that very few can match, as he plays rugby at a high tempo and plays very flat.

This was shown once again against Wasps, with a silky one-handed flick:

It's the silly Skills segment on the Gloucester Rugby Twitter 👋🏼 pic.twitter.com/UbpvFnYRGz

Cipriani is already a fan favourite at Gloucester, and could well lead them to success this season. His form has led to calls across the country for a recall to the England squad, but Eddie Jones has refused to budge.

However, not only has he showed his intent to remain in England if he signs another deal with Gloucester, but it allows him to continue showcasing his talents.

The campaign for him to be selected for England will only grow stronger with every stellar performance he puts in, and it would be very wise of Gloucester to keep hold of him.

How will you watch the next Rugby World Cup? Enter for a chance to win £100