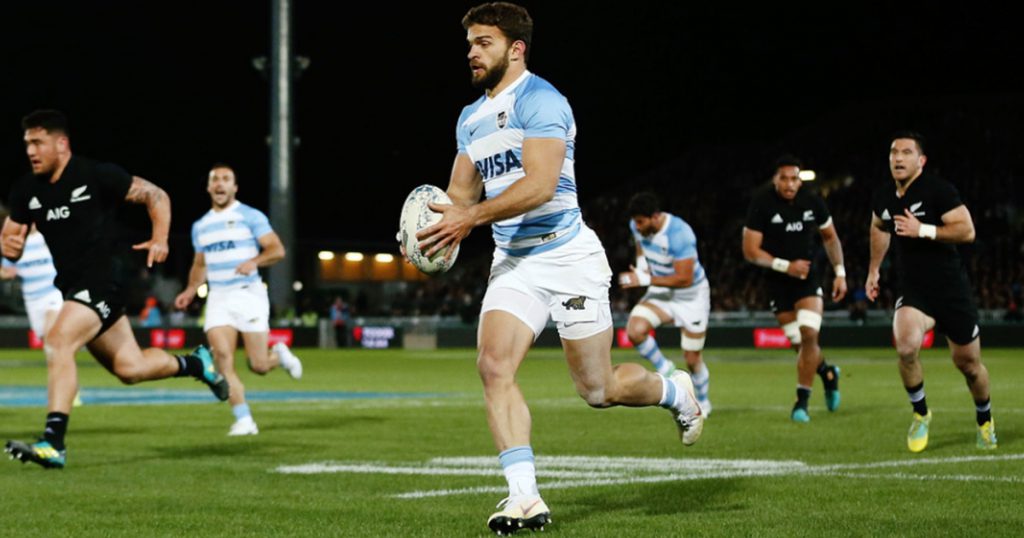 The All Blacks made it three from three in the Rugby Championship with their 46-24 win at Trafalgar Park on Saturday night. Things didn’t come easy, however, as a game Argentine side looked up to the task, playing a free-flowing style equal to their hosts for much of the contest.

Richie Mo’unga got the scoring started for New Zealand with a penalty in the first five minutes.

Moments later, winger Ramiro Moyano caught Nehe Milner-Skudder cheating up on defence and was off down the left where he turned Mo’unga and TJ Perenara inside out for the magnificent try.

Puma flair continued into the second half, with Nicolas Sanchez selling a beautiful dummy for his try almost straight out of the sheds and with only 75 seconds gone. Sanchez later connected with Emiliano Boffelli with a no-look pass for yet another high quality try.

It was a special night for the fly half as he passed Felipe Contepomi’s 651 points for Argentina in a Test career.

In the end, Argentina contolled most of the possession and territory. Unfortunately, the stat that mattered most was points on the scoreboard.

New Zealand’s style of play and depth proved once again to be too strong. For every great Argentine try, there were two for New Zealand.

Mo’unga took the reigns at fly half and was steady with 16 points, while Shannon Frizell can be proud of his performance, in place of Liam Squire.

Jack Goodhue continued to impress at centre and Karl Tuinukuafe anchored a powerful scrum that gave Argentina fits all night. Steve Hansen and All Blacks fans everywhere also have plenty to be excited about in Te Toiroa Tahuriorangi.

Comparisons with Aaron Smith are not far off as the scrum half looked right at home with his no-look pass in the set up to Goodhue’s bonus point try.

Catch up on full match highlights below.