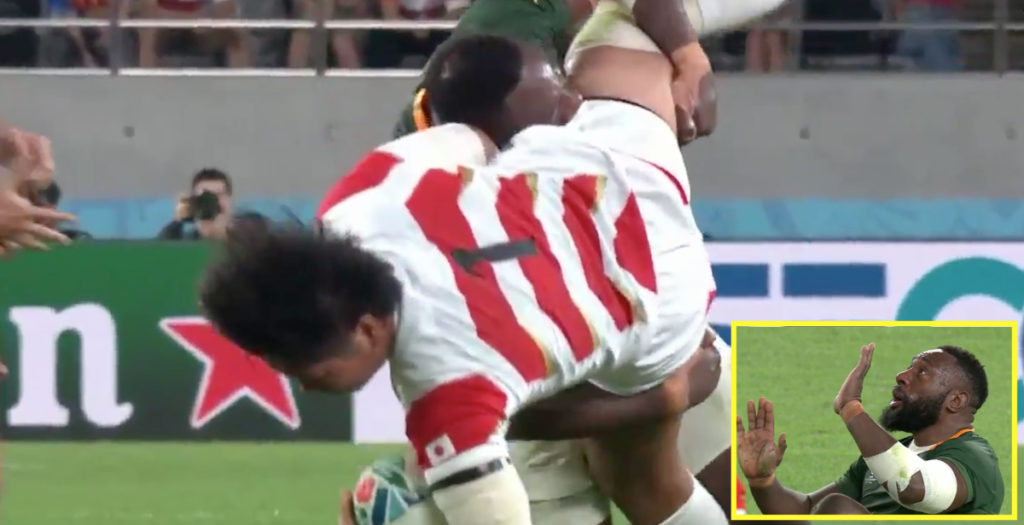 Springbok prop Tendai Mtawarira received a yellow card against Japan for a dump tackle on his opposite number Keita Inagaki on Sunday.

The South African veteran was apologetic to referee Wayne Barnes and fans have suggested that Mtawarira deserved a red card instead of yellow.

Barnes did not refer to the TMO but instead gave a yellow card during live play, but the footage suggests that Inagaki’s hips move above parallel in the tackle.

Tendai Mtawarira was so lucky that wasn’t a red card; as a neutral observer i think it should have been. Lifting the legs above horizontal and dumping the player on his head and neck is uncalled for and very dangerous

Mtawarira a very lucky boy to only see yellow.

MLR to stage NFL style draft, as Raptors walk out on the league

The MLR is preparing for major changes as they look ahead to their fourth professional season. The fledgling competition recently announced the creation of their inaugural collegiate draft.