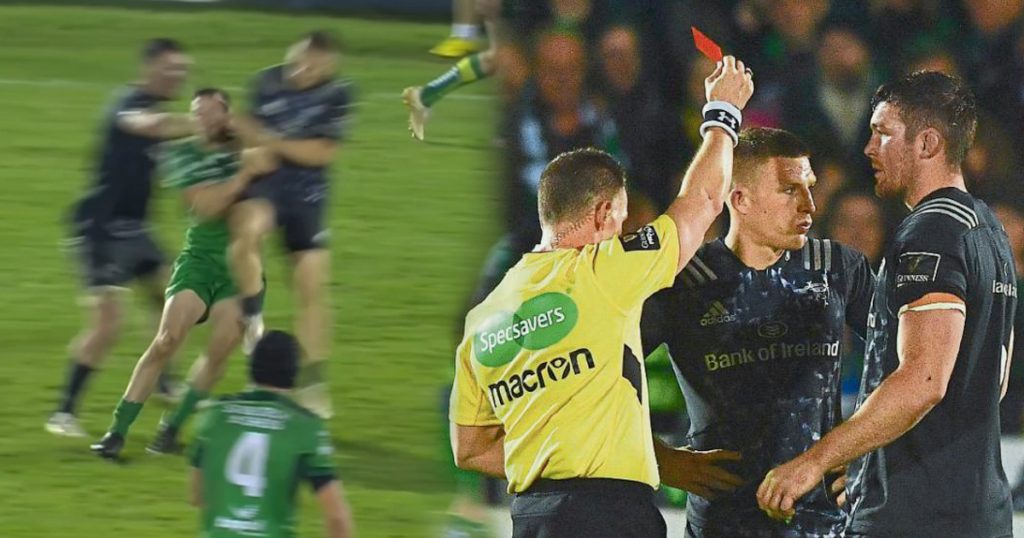 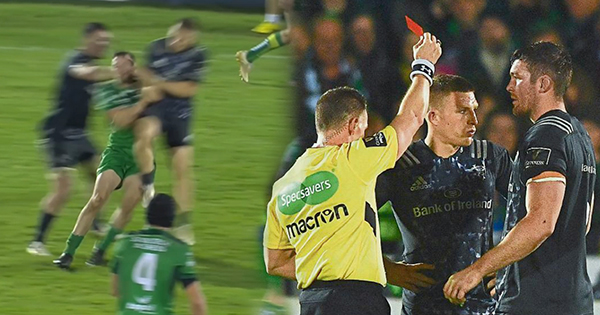 Munster’s Andrew Conway will be free to play against South Africa, should Ireland require his services, after he was red carded and suspended for one week for a late tackle against Connacht. Ireland face the Springboks in Dublin on November 11th.

Conway went up for a high ball but came down and caught opposition flyhalf Jack Carty with the shoulder, in what looked like an unfortunate collission but according to the laws, was a red card.

Referee Nigel Owens had a good look at it before sending Conway off under Law 10.4 (o) Late-charging the kicker: A player must not intentionally charge or obstruct an opponent who has just kicked the ball.

A Disciplinary Panel convened in Edinburgh, Scotland to consider the red card decision.

The determining factor for the Panel in making this decision was the presence of a second Munster player, Peter O’Mahony, in the incident. They felt that O’Mahony influenced the positioning of Carty.

Due to these circumstances the Panel came to a majority decision that the offence merited a low-end sanction point. The Panel also took into account that proceedings under Law 10.4 (o) had not previously come before a Disciplinary Panel and therefore they had no precedents to reference.

Once the low-end entry point had been established by the Panel, full mitigation of 50 per cent (one week) was applied due to the player’s previous good record and his acceptance of a red-card offence.

Conway was therefore suspended for one week and can return to play from November 6.