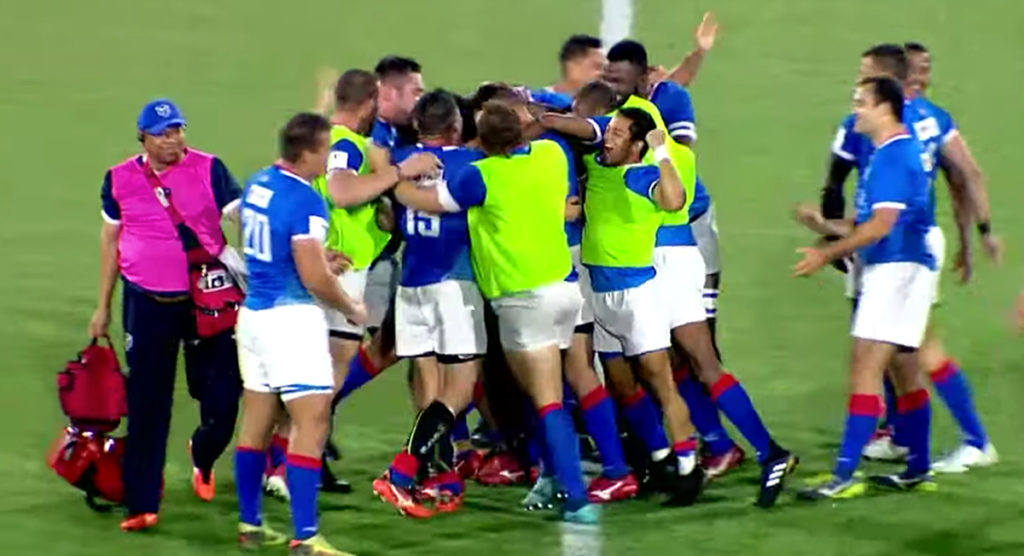 Namibia have risen two points in the world rankings after a thrilling last-minute win over Uruguay in Montevideo in the World Rugby Nations Cup on Sunday. Russia also claimed a win, over Argentina XV, to set up an intriguing final round of fixtures.

Namibia, perhaps the weakest side expected to be at the Rugby World Cup in Japan, started well and went into half-time against Uruguay leading 17-7.

They maintained their lead throughout the second half until the 77th minute, when a converted German Kessler try put Uruguay ahead for the first time in the match at 28-27.

With the game drawing to a close, Namibia snatched victory in dramatic fashion with an 81st-minute Cliven Loubser penalty.

As a result, Nambia move up two places in the latest World Rugby Rankings to a record high of 21, overtaking Canada and Portugal. Uruguay slipped below Samoa with the loss, down to 17th position.

Earlier in the day, Russia scored an impressive 17 unanswered points in the first 10 minutes, before a further three converted tries before half-time sent them into the break 38-14 up against Argentina XV.

The South American side fought back in the second half, scoring four tries to cut the deficit to five points, but a 76th-minute penalty from Sergei Ianiushkin sealed the 48-40 win.

All four teams in the Nations Cup are now on one win each, with the round-robin tournament set to reach its climax on Saturday with Namibia facing Russia at 15:30 local time (GMT-3) before Uruguay tackle Argentina XV (18.00 local time).

Watch the Argentina XV vs Russia full match replay below