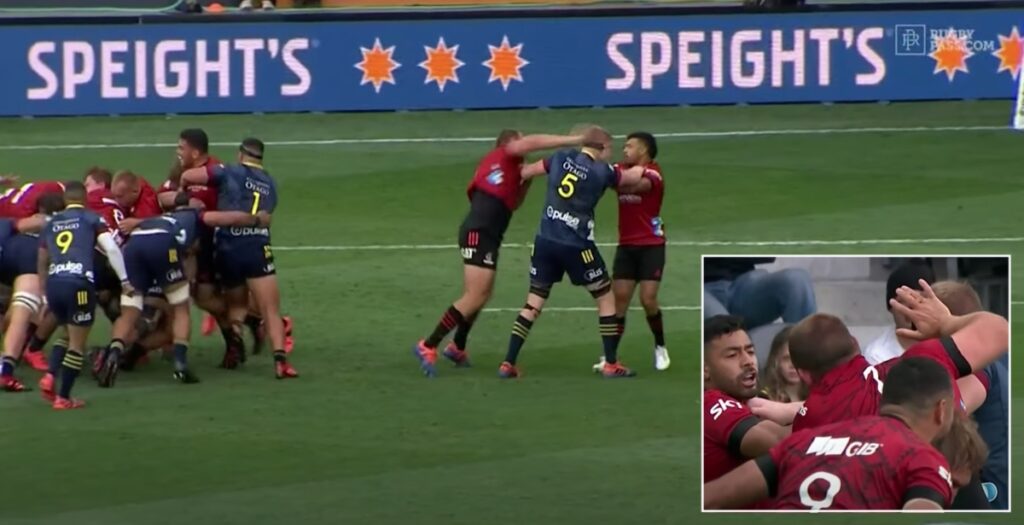 The opening game of Super Rugby Aotearoa got off to a feisty start between the Highlanders and Crusaders at Forsyth Barr Stadium in Dunedin.

After just two minutes Crusaders prop Joe Moody lashed out at Irish lock Jack Regan for holding onto his shirt at the back of a driving maul.

Moody threw several openhanded slaps to the face of Regan which was reviewed on the big screen by referee Ben O’Keefe, who took no further action and simply told the players to get on with the game.

No doubt the players were pumped up for the occasion with New Zealand being one of the few places in the world permitting fans into stadiums, but with five red cards in last weekend’s Premiership fixtures it’s surprising to see nothing at all for this incident:

The game finished 13-26 to the Crusaders putting the defending champions in the driving seat early on in the tournament.

That @Highlanders v @crusadersrugby game alone, was worth the whole £34.99 @RugbyPass season fee.