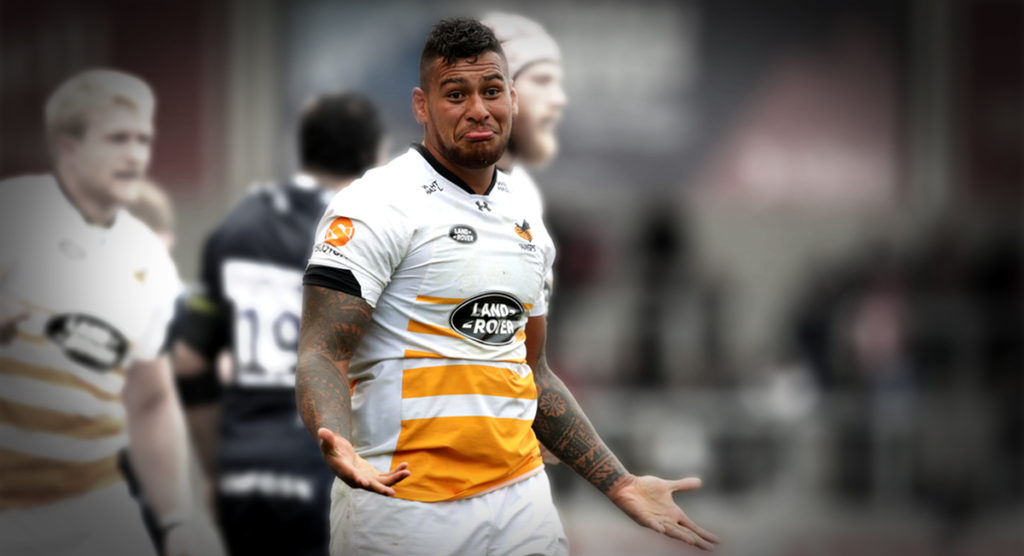 Wasps have today confirmed that Nathan Hughes will leave the club at the end of the season, along with Springbok fullback Willie le Roux. Hughes will go to Bristol Bears, who today released an amusing reveal video on social media.

Wasps Director of Rugby Dai Young said: “It’s always disappointing to lose players of such quality but this is professional sport and there isn’t much you can do about it. There are a number of factors that play a part in players’ decisions to move on and unfortunately these guys have opted to move onto pastures new for 2019/20.

“Nathan arrived from New Zealand’s domestic scene and has risen to the top during his time at Wasps, going on to become an England international. It’s a credit to the Club that we’ve been able to help him realise his potential and although it’s a blow to lose such a quality player, we wish him all the best.”

Wasps’ loss is Bristol’s gain, so they were celebrating the signing of the England number eight on instagram today, with a take on the classic scene from When Harry Met Sally.

Hughes, who has made 118 appearances for Wasps, said: “It’s been a great six years at Wasps and even though it was a tough decision, I’m keen to test myself in a new environment. I’ll be sad to leave some great friends and teammates but I’d like to thank everyone for making the last six years so memorable and wish everyone involved with the Club the best for the future.”

Bristol coach Pat Lam said he is excited to have Hughes join the club.

Springbok fullback Le Roux meanwhile has been linked with a move back to South Africa.

“Willie joined Wasps at a time when he wasn’t a part of the Springboks side and since making the move here, he has rediscovered his form and shown that he is a world-class player which in turn has seen him restored to the national side, going on to make over 50 appearances,” said Young.

“We’d like to place our thanks on record to Willie for his great service to the Club over the past two-and-a-half seasons.”

Le Roux said: “I’ve thoroughly enjoyed my time at Wasps and would like to thank everyone involved with the Club for their support. I’ll continue to give my all till the end of the season in the Black and Gold.”