Neck roll, stamping and 'spitting' all in one game, but no red card 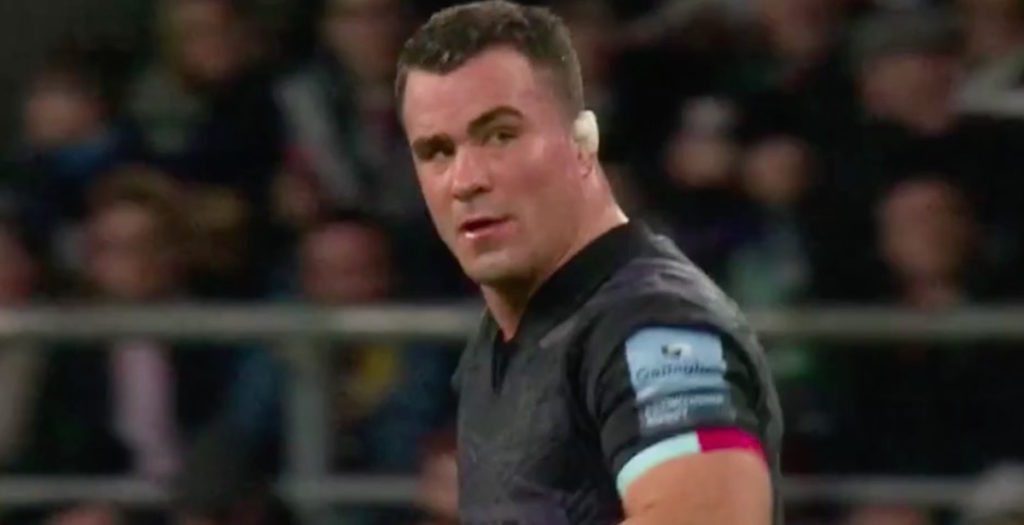 Harlequins hooker Dave Ward could face a lengthly ban after allegedly spitting on a Wasps player during Saturday’s Premiership game at Twickenham.

The 33-year-old received a yellow card by referee Craig Maxwell-Keys for stamping on the ankle of Wasps flanker Thomas Young, but the ‘spitting’ incident went unpunished despite being shown on TV.

BT Sport presenter Martin Bayfield said he believes Ward was “lucky” to just receive a yellow card after repeated incidents of foul play throughout the match.

Let’s not get carried away, it’s naughty but it’s not a stamp https://t.co/CBPZg6XSXh

Quins beat Wasps 20-13 at Twickenham in round 11 of the Premiership, leaving them fourth in the table, three points clear of the Coventry-based side in seventh.

Neck roll, stamping and 'spitting' all in one game, but no red card | RugbyDump - Rugby News & Videos