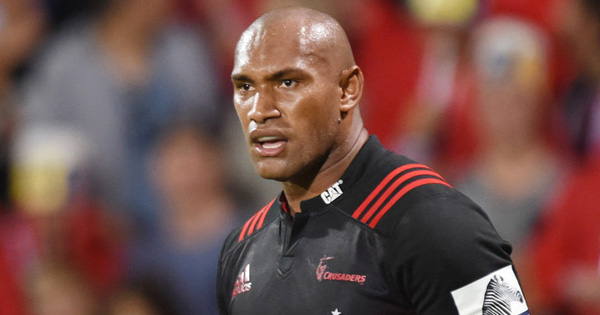 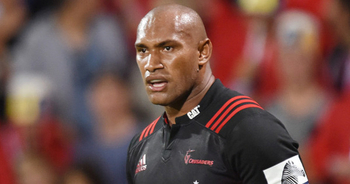 Crusaders wing Nemani Nadolo will be out of action for four weeks following a dangerous tackle that he made against the Brumbies in round nine of Super Rugby this past weekend. The Fijian giant pleaded guilty to the charge following a citing.

Shortly before halftime Nadolo contravened Law 10.4 (j) Lifting Tackle: Lifting a player from the ground and dropping or driving that player into the ground whilst that player’s feet are still off the ground such that the player’s head and/or upper body come into contact with the ground is dangerous play.

In his finding, Morris ruled the following: “After careful consideration of the available evidence and the very helpful submissions of Mr Aaron Lloyd the offence was categorised as low-end which carries a four (4) weeks suspension.

“I took into account as mitigating factors the player’s disciplinary record after a lengthy professional career, his guilty plea and the fact that the tackle was reckless rather than deliberate.

“The Player was therefore given a two week discount on the original sanction creating a recommended sanction of two (2) weeks.”

An additional two weeks were added due to World Rugby’s memorandums on lifting tackles and need to deter players from offending in this way.

The ban is for four weeks but effectively covers just three Super Rugby matches, as proof was provided showing that he would have played in a club match this coming weekend.