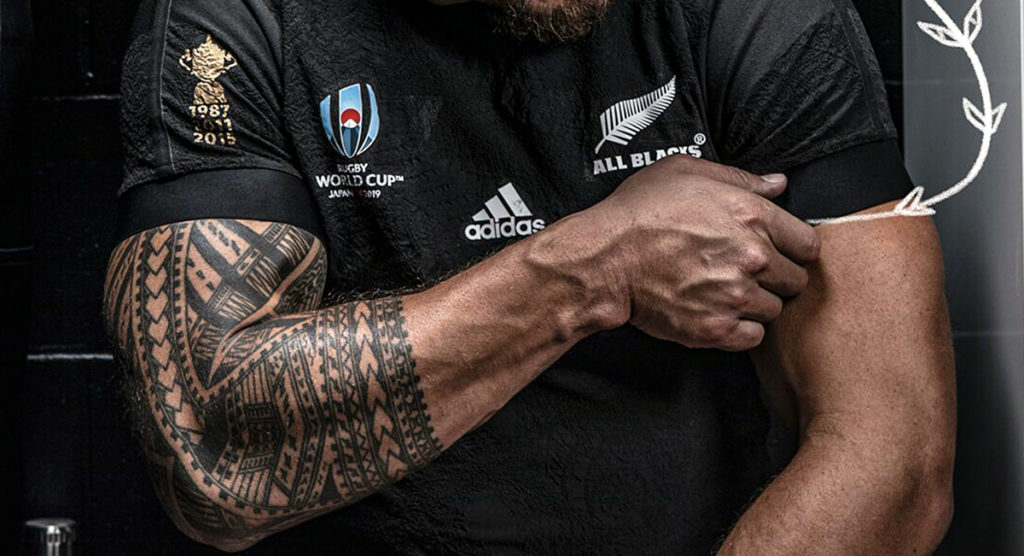 adidas and New Zealand Rugby (NZR) have paid homage to both Maori and Japanese cultures, with the unveiling of the new All Blacks jersey for Rugby World Cup 2019. The new jersey was designed by Y-3, the collaboration label between adidas and legendary Japanese designer Yohji Yamamoto.

“We wanted to create a jersey that brought together the Japanese and Maori cultures. The design bears hand-drawn koru and fern motifs in a celebration of Maori culture. It has been a privilege to work on such a major project and I wish the team the best of luck in the tournament,” said Yamamoto.

New Zealand Rugby’s Kaihautū (Maori Advisor) Luke Crawford, who gave adidas advice on Maori design, said: “The fern design represents the legacy of those players who have worn the jersey in the past, while the unfurling koru represents the younger players coming through – the All Blacks of the future.

“We think Y-3 have really captured the mauri (essence) of what the All Blacks jersey stands for and how it represents us, and created a truly beautiful garment.”

The All Blacks legend retold by a Japanese icon. Presenting the new @adidasRugby jersey, designed by @adidasY3. To be worn at #RWC2019. 🖤🇳🇿 #HereToCreate #adidasRugby #Rugby #AllBlacks #Y3 #createdwithadidas

Taking on the innovative design of the most recent All Blacks jersey, the key technological elements of the RWC2019 design include the use of seamless, woven technology. The jersey’s construction was fully automated which aims to provide an unparalleled fit, strength and speed, and is 25 percent lighter than previous designs.

As with previous Rugby World Cup jerseys, the RWC trophy is embossed on the right sleeve acknowledging the All Blacks’ Rugby World Cup successes in 1987, 2011 and 2015. The RWC2019 logo is on the right of the chest, which sees the adidas badge move to the centre of the jersey.

The new adidas All Blacks jersey for RWC 2019 pic.twitter.com/pqiemkIu0J

The All Blacks silver fern logo remains on the left-hand side of the jersey, while the all black collar returns for the Rugby World Cup.

The fusing of Maori and Japanese design aesthetics also extends to the design of the training jersey the All Blacks will wear at Rugby World Cup 2019. Taking inspiration from the Maori concept of kaitiaki (guardianship) and the Japanese fuko neko (lucky cat), the Y-3 team has designed a mythical cat figure which will adorn the back of the training jersey. The training range also includes a performance tee, performance singlet, polo shirt and hoodie

The replica jersey, as well as the training range, will be now available for fans to purchase (RRP €65-130). The range will be stocked at all adidas stores, major sporting goods retailers, rugby retailers throughout New Zealand and the world, and online at www.adidas.com.