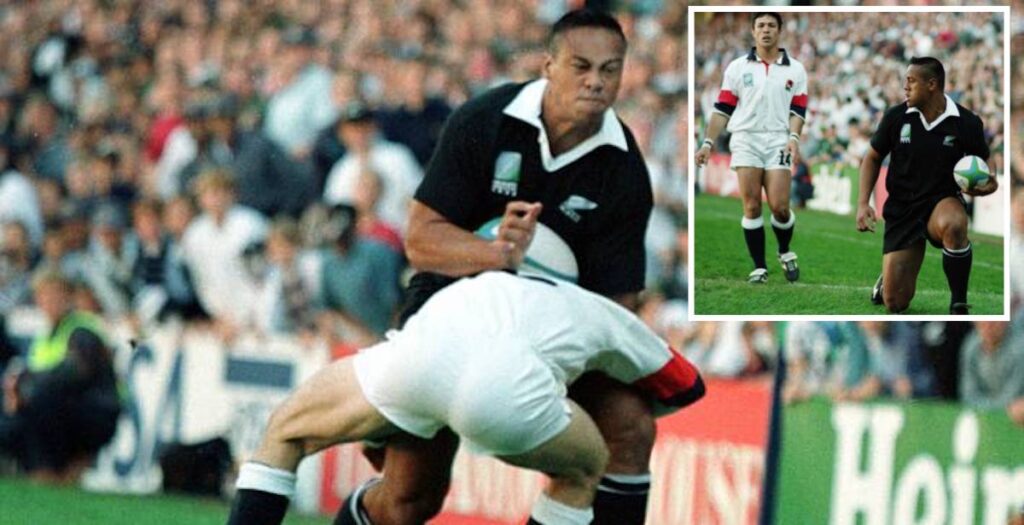 All Blacks legend Jonah Lomu terrorised teams with his raw pace and power during the 1995 and 99 Rugby World Cups.

Stadning at 6ft 5” and weighing around 120kg, Lomu was almost impossible to stop and the footage of him running over England full back Mike Catt in 95 is some of the most iconic in World Rugby archives.

Throughout his illustrious career Lomu represented New Zealand 73 times and is credited with revolutionising the sport as the game turned professional towards the turn of the century.

Sadly Lomu passed away in 2015 aged 40, but he will forever be remembered as one of the game’s true greats.

Here’s an epic montage of the big man’s best moments on the rugby pitch: