NEW Kolbe montage demonstrates the genius of the hot stepper 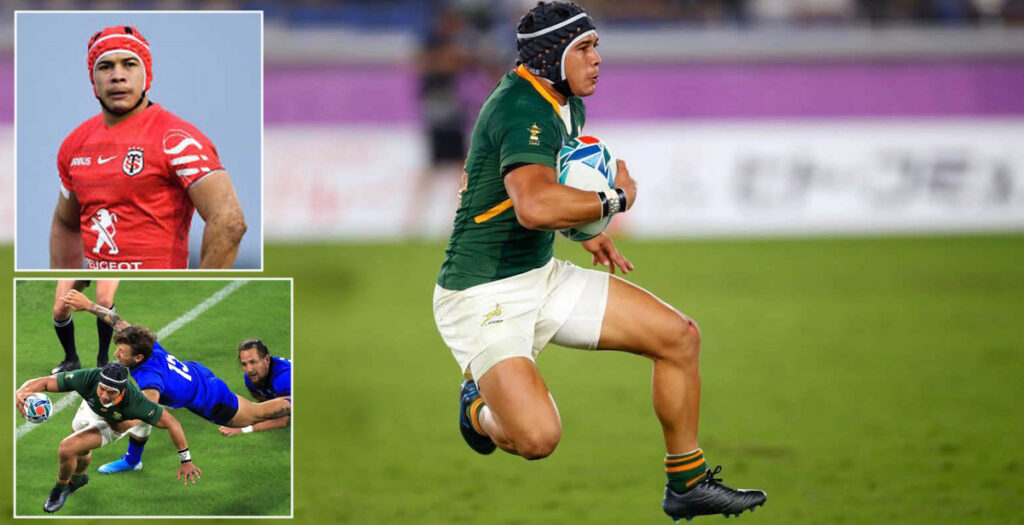 A new video montage of Springboks star Cheslin Kolbe has emerged showcasing the utter brilliance of the little winger for both club and country.

Kolbe has been all over social media in recent weeks for his performances for Toulouse in the Champions Cup and this new compilation ranges from his early days with the Stormers right up to last weekend’s  masterpiece against Ulster.

The 26-year-old is probably the most in-form winger in the world and his footwork and ability to beat defenders is simply mesmeric.

Standing at 5ft 6” Kolbe has been a crowd favourite since exploding into the spotlight at the 2019 World Cup in Japan, where he scored an iconic try in the final against England.

The 74kg magician begun his international career with the South African sevens set up where he earned a bronze medal at the 2016 Olympic Games. From there Kolbe joined Toulouse in the French Top 14 before earning his first full international cap for the Springboks in 2018.