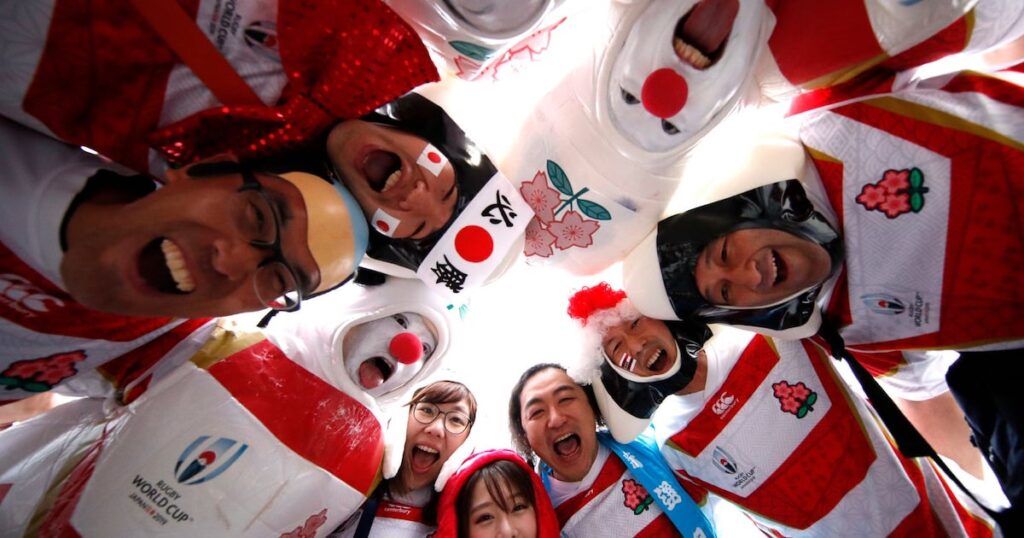 Last year’s Rugby World Cup in Japan was the most economically successful in the tournament’s history, a new report by EY has announced.

Those fans stayed for an average of 17 days in the country, visiting five cities, with 60% of spectators stating that they were visiting Japan for the first time.

Daily spend from fans was reported to be 4.6 times higher than the amount spent by the average visitor in the country the previous year. 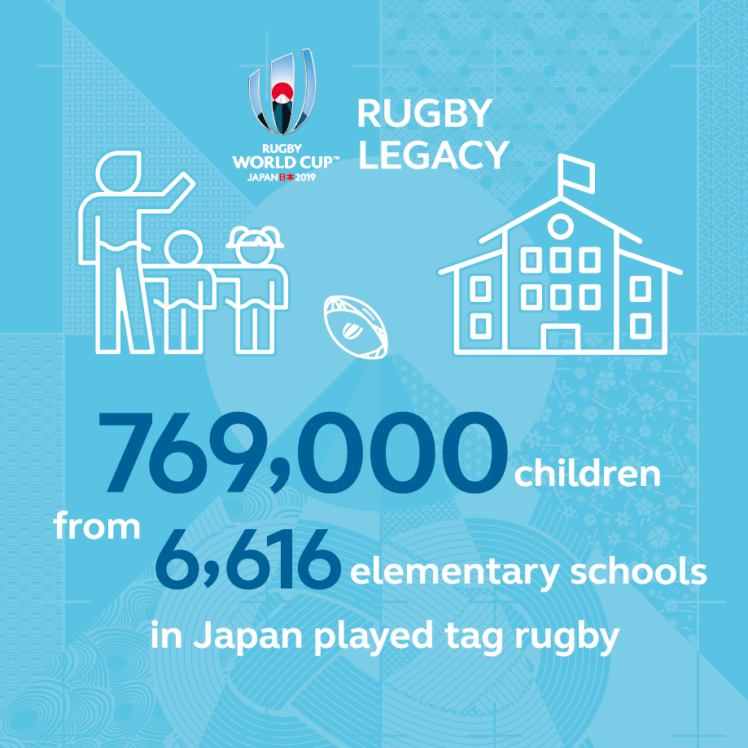 The Japanese economy was also boosted substantially by hosting the World Cup. 46,000 jobs were either created or sustained during the tournament, with 13,000 volunteering jobs also filled. The report states that of these jobs created, many ‘will be supporting Tokyo 2020’*

Such has been the rise in popularity of rugby in Japan, ticketing also produced an impressive figure as well, with a total of 1.83 million tickets sold.

* Tokyo’s Summer Olympic Games, which have been postponed until 2021 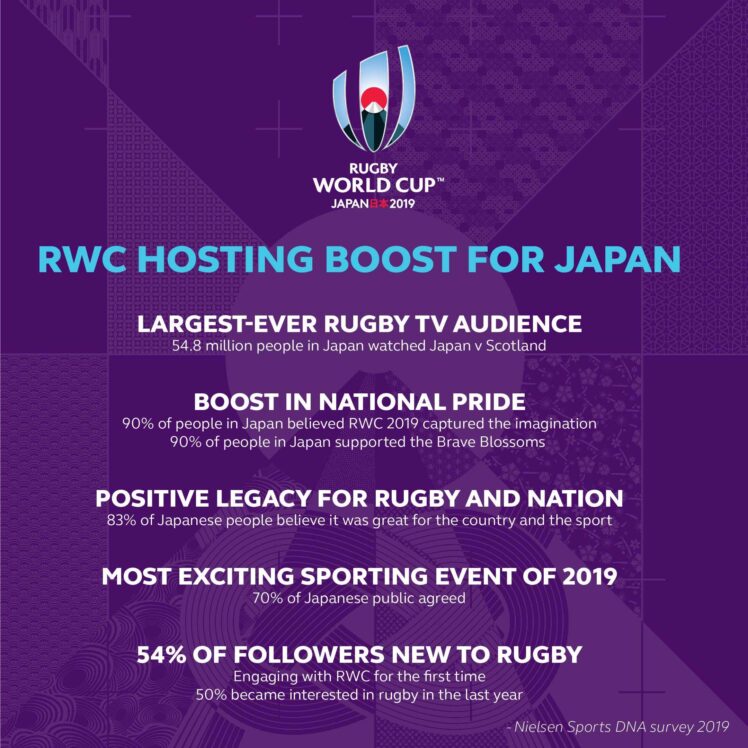