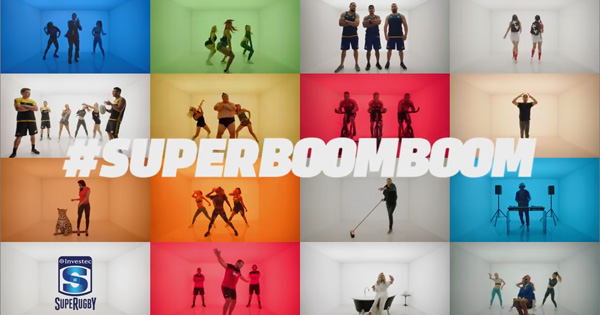 This is the new Super Rugby advert that was launched yesterday in New Zealand, bringing a whole lot more colour to the tournament that is already known to be jam-packed with entertainment. The style of the video has been less than warmly received though, mainly for it’s lack of.. rugby.

The hashtag #superboomboom has been used to ramp things up as they use the line ‘non-stop, boom boom entertainment’ to market the southern hemisphere domestic compeition.

While some have enjoyed the production value of the piece, others have been quick to criticise it (read some of the comments on our facebook page), questioning the relevance of twerking girls and sumo wrestlers with regards to the actual sport of rugby.

It’s hardly one for the purists, but whichever side of the fence you’re on (let us know!), we can’t help but enjoy 6’4″ Hurricanes and All Blacks winger Julian Savea moonwalking.

Super Rugby kicks off later this month, when the Rebels host the Blues on 23 February