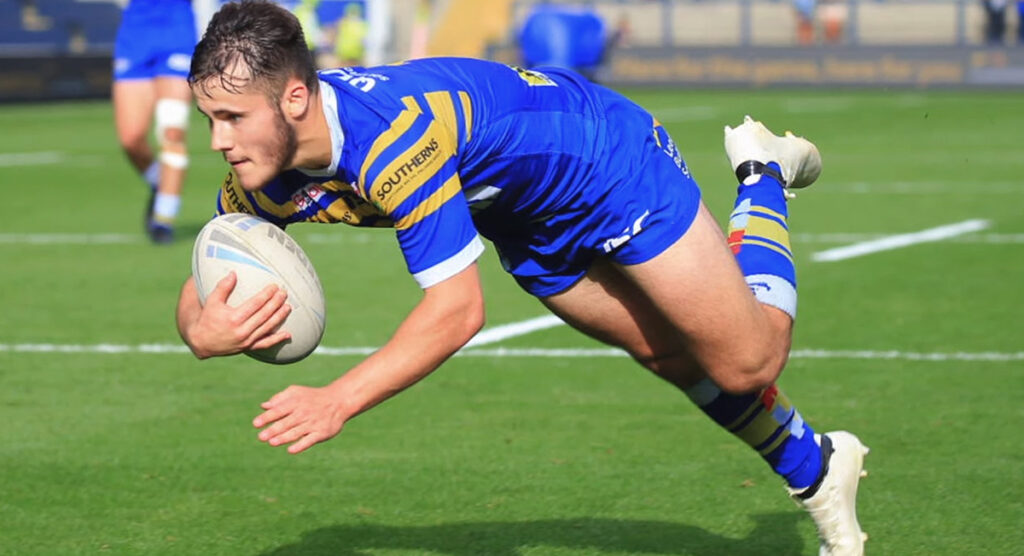 The 18-year-old England Academy international joins the Falcons on a two-year deal, and has already started pre-season training with his new club.

Iwan has played both codes of rugby, and was part of Yorkshire Carnegie’s Developing Player Programme up until the age of 15 before committing to rugby league.

He has rugby union pedigree in his family, with dad Colin Stephens having played fly-half for Wales, Llanelli and Leeds Tykes.

Colin was capped four times by the Welsh national team in 1992, the same year he kicked two drop-goals in Llanelli’s famous victory over then world champions, Australia, and is now director of rugby union at Leeds Beckett University.

Skip to 3:37 below to watch Iwan in action

Newcastle Falcons academy manager Mark Laycock said: “Iwan has got a very professional attitude and a good head on his shoulders, which, combined with his natural ability, makes him a really exciting signing for us.

“To begin with he will play on the wing while he re-acquaints himself with rugby union, but he has all the skills and capabilities to also play full-back in the longer term.

“He kicks goals, he scores tries for fun and he’s a really evasive runner with outstanding athleticism. He’s prepared to give professional rugby union a really good crack, he fits our style of play and it’s a great project for both parties.”

Realistic about the time frame, Laycock added: “His game-understanding of rugby union is obviously a big work-on to begin with, but we know he’ll work his socks off and that he has the temperament to do it.

“As coaches it’s also interesting to tap into his knowledge and maybe pick up the odd bit from rugby league, and I’m looking forward to working with him.”