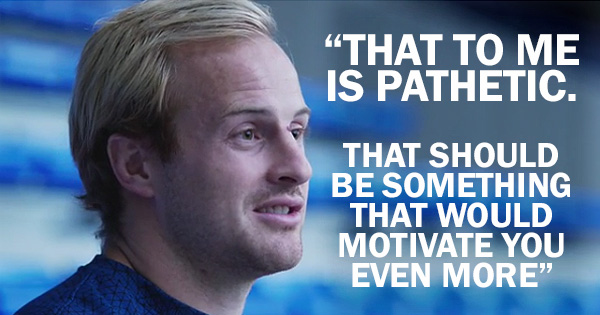 England became the first ever host nation to drop out of their own Rugby World Cup before reaching the knockout stages, prompting many fans and media to partly pin the blame on the fact that the RFU still maintains that they will not pick players based outside of England.

They came up short, and while their are many arguments for and against, Australia is a country that proved they can get it right by thinking outside the box and bringing back the talent available to them. Both Matt Giteau and Drew Mitchell, who play with Steffon Armitage at Toulon, were outstanding at this RWC.

Nick Abendanon, the Clermont based former England fullback, is one who might have been brought into the squad had flexible policies been in place. He’s spoken out about it, as featured on BT Sport’s weekly rugby show, Rugby Tonight.

“You know, he [coach Stuart Lancaster] never had to pick us but I think he should’ve brought the guys in to make sure that his players pick it up another level,” said Abendanon.

“To hear some players say ‘ah we shouldn’t pick international players because it will unsettle the squad’, I mean that to me is pathetic, that should be something that would motivate you even more to want to keep your place.”

What do you make of Abendanon’s comments?