The Western Force claimed their third successive victory as they upset the Chiefs 18-15 in Perth last weekend, taking them into the top six. Winger Nick Cummins was naturally delighted, as you can see yet another amusing post match interview.

Cummins, always animated when in front of the camera, was part of what has been described as the Best Post Match Interview Ever after the previous week’s victory over the Highlanders.

The Honey Badger’s cult status is growing amongst fans, as you can see by the photos below.

He’s sure to milk the interview opportunities and ride the wave of popularity as the Force have one of their best starts to the season ever, and look for four in a row when facing the Reds up next. 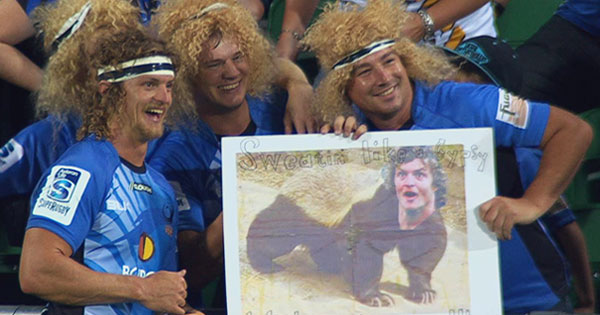 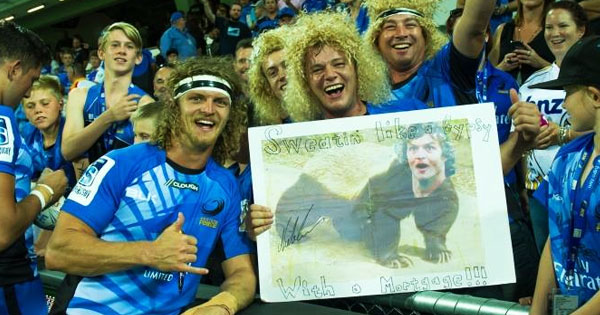