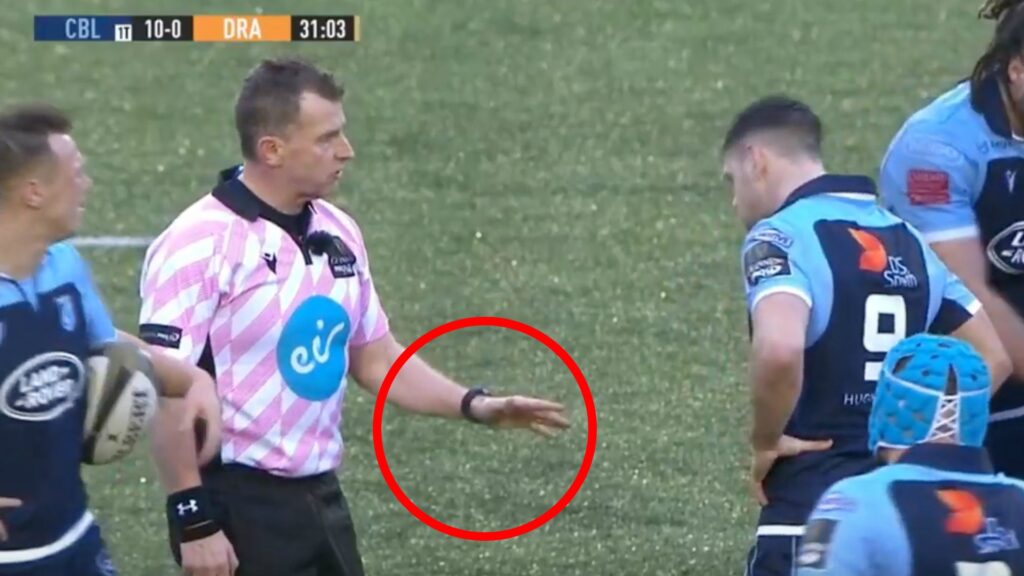 Refereeing rugby legend Nigel Owens had out another of his classic tongue lashing in the boxing day match between the Cheetahs and Cardiff in the PRO 14.

The scrum-half for Cardiff for some reason thought that it would be a good idea to give some backchat to the 2015 World Cup final official.

Everyone knows that this isn’t a good call at all. Nigel Owens has earned himself a reputation in the sport for taking absolutely no nonsense from anyone, and if he gets even a hint of retaliation from players, he can easily turn on the players.

The cousin of Billu Vunipola and Taulupe Faleatau is insane!

Oh my 😲
The poor kids trying to tackle this beast… 🤕https://t.co/puuvd4NzAv pic.twitter.com/nxhuXboHGg

Owens was no different in this case and he can be seen clearly telling a player to, “listen to me please”.

By his standards, this is a tame tongue-lashing but it’s still enough to make the players not utter a word of backlash…

It truly is outstanding to see the power the referees still hold in this sport whilst in other sports respect for the officials is dropping week-on-week.

This was brilliant to see from Nigel Owens!