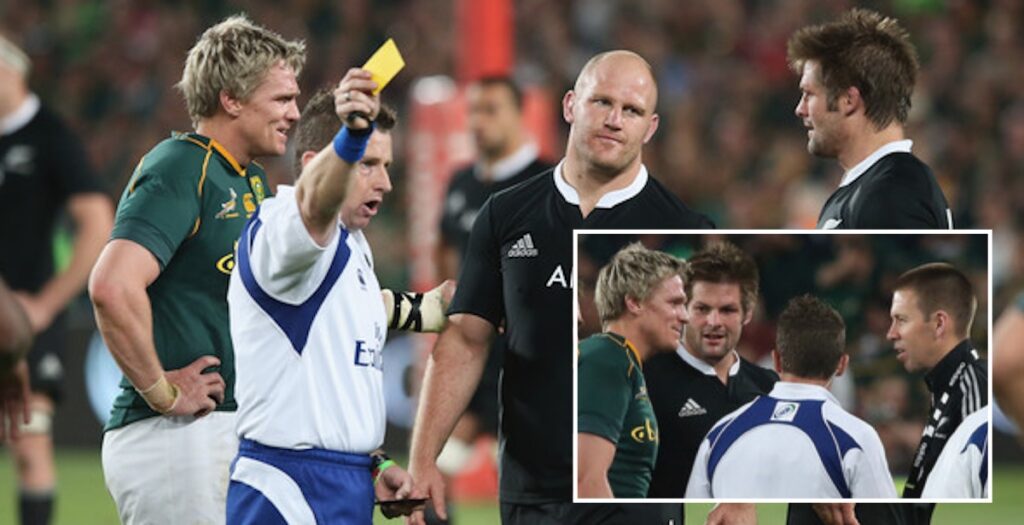 Welsh referee Nigel Owens has opened up on one of the greatest modern Test matches between the All Blacks and South Africa in 2013.

The Welshman was in charge of the Rugby Championship decider in Johannesburg which finished 27-38 to the visitors meaning the All Blacks secured the championship title.

The game was filled with stunning tries, controversy and late drama which legendary commentator Miles Harrison said makes it one of the greatest Test matches he’s ever seen.

Owens was probably in his refereeing prime during this period and the game was so fast and intense that his calf cramped up in the latter stages, bu one of the biggest controversies came in the second half when New Zealand fielded a player that didn’t feature on the team sheet.

While this could have been a costly error by the All Blacks, Owens praised the attitude of Springboks captain Jean de Villiers for telling him to get on with the game saying “mistakes happen”.

Owens went on to referee the 2015 World Cup final at Twickenham two years later and is regarded as one of the greatest referees the game has ever seen.