Nigel Owens strikes chord with call for change in substitutions 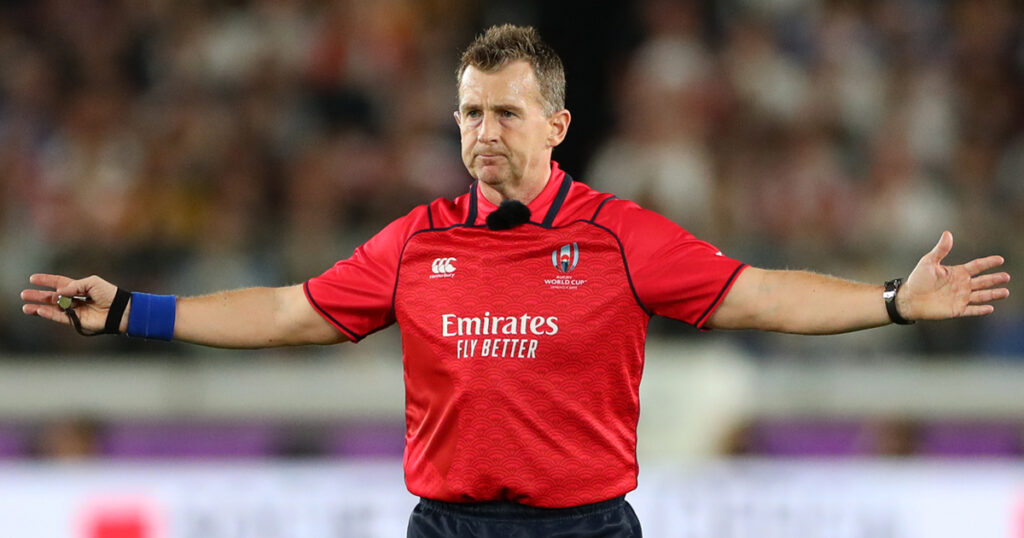 Referee Nigel Owens’ suggestion to limit the number of substitutions in a match has proven to be a popular change to the laws amongst the rugby world.

Speaking on BBC Radio 4’s Today programme, the Welshman posited the idea that fewer substitutions would encourage smaller players that are capable of playing 80 minutes.

World Rugby is always seeking to make the game safer, particularly in reducing head injuries and concussions, and a number of law amendments have been implemented to achieve this.

This suggestion by Owens is one that has been discussed over the years by players, fans and those that can affect such changes, and is one that does not directly change the laws of the game in open play.

However, over the past decades, rugby has progressively gone the other way, increasing the number of permitted substitutions. There may not be a correlation, but the average weight of players has significantly increased as well.

It's one of the most simple ways of making the game safer and a more level playing field.

Can we trust world rugby to make a law change that may impact the club's and countries with the most resources?

Agree with @Nigelrefowens Players are so bulked up that many they can't last 80 minutes. They have harder early impacts as not trained to last the 80 then impact subs arrive against tired players – fresh legs and full of energy. Reduce the bench size and train for full the 80

NRL has cut their interchanges and works there. Fewer subs means big bodies can’t last the intensity of the game, so lots of players have had to cut bulk to increase their stamina. They don’t have scrums tho which changes the needs.

With teams currently allowed to make eight substitutions, it means that half the starting XV are unlikely to play the entirety of the match. As a result, the belief is that this leads to bigger players and therefore bigger collisions throughout a match.

Moreover, it has also been highlighted that more substitutions mean that there are more encounters between fresh players and those that are fatigued, which can also lead to more injuries.

Been saying this for last couple years. It resets the game as a competitive sport again for players, not tactical coaches playing chess. Also makes it safer by preventing fresh over tired collisions! Also saves squad player cover costs.

Reducing the bulk of players is vital to the current and future health of players. I’ve been banging on about the number of subs since the 2015 RWC. Less subs to me means leaner more aerobically fit players. This idea has come of age.

Still have a bench of 7-8 but can only use 3. All players will need to be able to run for 80mins. More gaps, more tries from tired bodies. Lower level can still use 5 subs etc to keep player No up

This potential change to the laws is not universally supported, however, as some feel that the changes in size and strength of the players will be negligible, and worse still, the more tired they become the more sloppy their technique will be, which can also cause injuries.

Limiting the number of subs so that forwards have to be able to last a game and therefore bulk down must be a big factor. Flying off feet into rucks is another although if the laws were applied to stop teams flopping over the ball (Exeter!) that would help.

Subs only used for injuries, not tactics. Players will be conditioned for 80 minutes instead of 45-55 minute juggernauts. Bring back rucking. 1 on 1 clear out only for jackaling

Just like the new 50:22 law that is being trialed in various parts of the world, it is hard to judge whether any ideas will be successful unless they are tried.

There are other areas of the game which could be also addressed, chiefly regarding rucking, but Owens has touched upon something which seems to already have a lot of support.

Let us know what you think in the comments section below!

Is this Britain's most comprehensive university rugby programme?

A major route into the game back in the amateur era, university rugby is going through a renaissance in England and Ealing Trailfinders are leading the way.