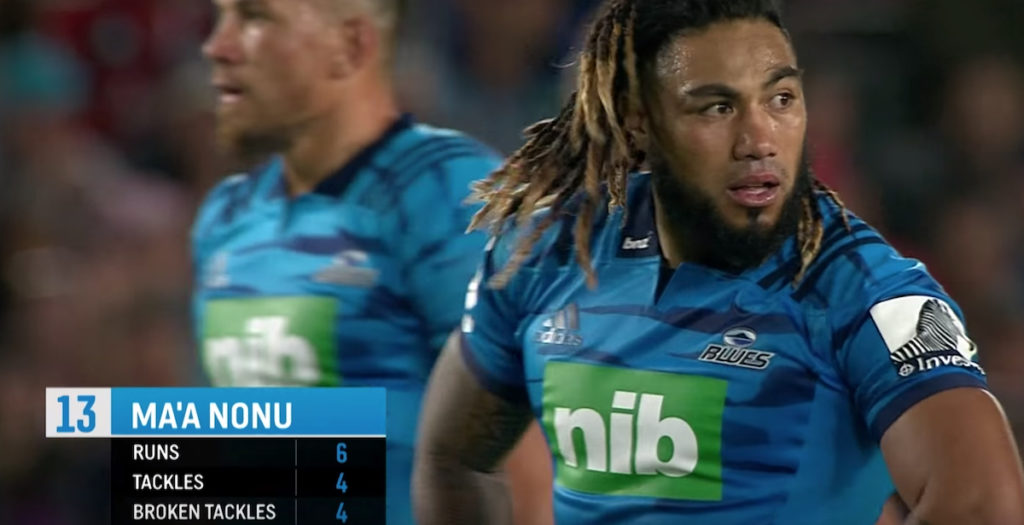 Former All Black centre Ma’a Nonu made his return to Super Rugby with the Blues this weekend following a three-year stint abroad.

Nonu joined the Blues from French side Toulon for the start of the 2019 Super Rugby season and he brought his trademark physicality back in the opening round against the Crusaders.

The 36-year-old earned 103 All Blacks caps and started at outside centre on his return to the New Zealand franchise and fans are already calling for the legend to be recalled to the All Blacks squad.

Nonu scored a try in the 2015 World Cup final against Australia at Twickenham and with the Japan World Cup taking place later this year, could the All Black veteran be on the plane to Tokyo?