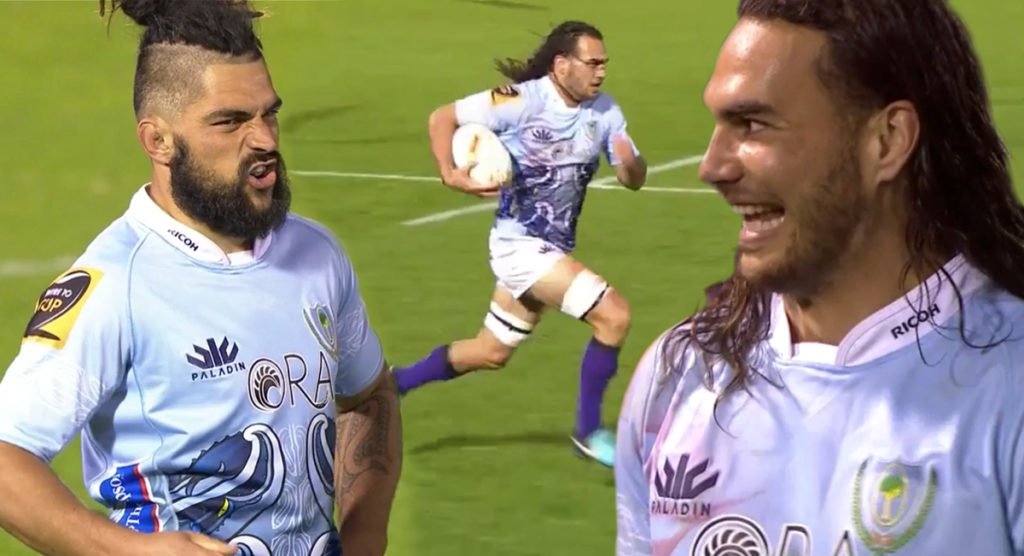 Flanker Kara Pryor scored the most dubious of runaway tries as Northland crossed seven times to thump Manawatu 49-19 in Whangerei on Friday. It was a try that baffled not only those watching on, but the players too.

The Manawatu Turbos scored early but then trailed 22-5 after just 24 minutes, as their lack of penetration and execution let them down. The error-strewn performance was shown again in the 47th minute, but they’ll feel hard done by after Northland turned things around for what some would refer to as a 14-point try.

A golden chance to score in the corner was lost by the Turbos after a long pass went astray and Northland fullback Matt Wright stuck a hand out. Watching live, it was clear that he touched it, but he played ‘to the whistle’, as did flanker Pryor.

A lovely pass in the offload followed before Pryor got the jet shoes on and streaked down the right wing, with everyone, including bemused winger Michael Tagicakibau, unsure of what just happened.

Multiple replays showed that Wright had touched the ball, with a deflection seemingly evident, but those in the commentary box couldn’t see it and apparently neither could the referee or Television Match Official, Llew Smart.

TMO Smart took his time but then stated that there was ‘no clear evidence of a knock on’.

The try stood, and just as the conversion was being taken, a shot of Wright made it all too clear what had happened. Pryor’s reaction spoke volumes too (watch all the way to the end of the video).

Wright should probably feel a bit uneasy with how it played out, and although fairly unprecedented, maybe he could have given the referee a friendly nudge at some point. In fairness, he probably felt the touch was so obvious that it would be spotted by the TMO anyway.

The try didn’t make too much of a difference in the contest, but it was a rather bizarre sequence. OR, perhaps this is the next big internet phenomenon. Like Yanny and Laurel for audio, with this, some see a knock on, some just don’t.

On a positive note, the speed of Pryor was impressive as he made light work of a winger, who couldn’t gain ground on him over 75 or so meters.

Northland move up to third on the Championship table with two wins and three losses.