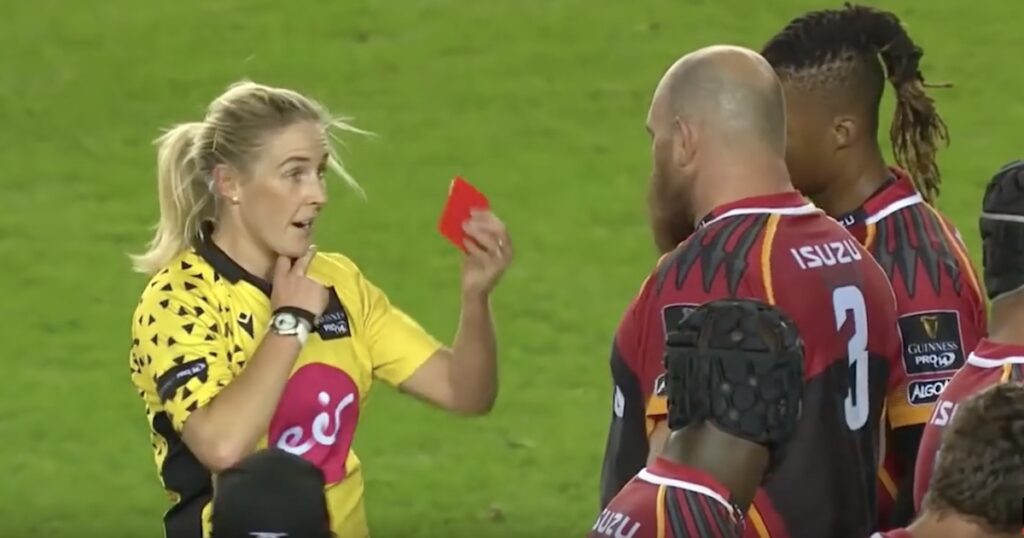 Edinburgh continued their good form of late to move to the top of Conference B in the Pro14 last weekend, with a comprehensive 61-13 victory at BT Murrayfield over the Southern Kings.

The match was marred by a red card for the Kings’ Pieter Scholtz early n the first half, which ultimately killed the game as a contest.

Scholtz was dismissed for a leading forearm to the throat area of Edinburgh flanker John Barclay, leaving referee Joy Neville no other option but to brandish the red.

Unlike some more recent incidents, this was largely a clear cut situation, with Scholtz definitely using his arm in a dangerous manner.

It came after the Kings started the match the stronger of the two sides, having taken an early lead courtesy of Erich Cronje’s try.

The Kings made the most of Edinburgh’s lack of accuracy and indiscipline to remain somewhat in touch as the half-time whistle beckoned. However, the home side flexed their muscles and pulled away in spectacular fashion – profiting from a yellow card reducing the Kings to 13-men in the closing stages to secure a comfortable win.