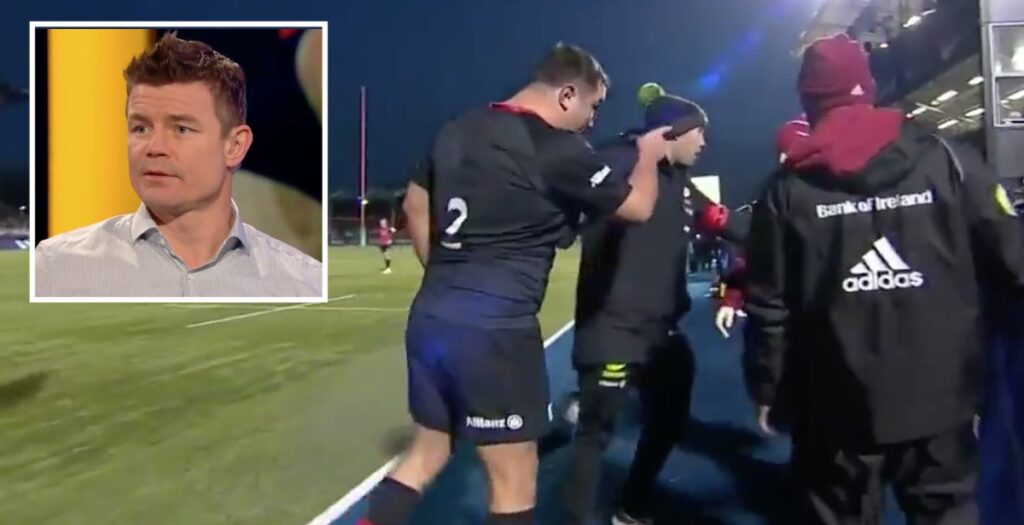 Irish legend Brian O’Driscoll has stood up for Saracens hooker Jamie George after a scrap took place on the sidelines in Saturday’s big game.

It is suspected that the Munster medic insulted George at the side of the pitch which sparked a reaction from the England international.

“We don’t want that in our game.”@BrianODriscoll believes a Munster medic may have gone too far in the game at @Saracens 🗣️#HeinekenChampionsCup pic.twitter.com/P7jDkBG9bx

Both sets of players got involved in handbags at Allianz Park and following the full time whistle, Saracens coach Alex Sanderson blamed it on Munster.

“I don’t want to point fingers, but it was Munster’s fault!” 😂

“I think their doctor said something derogatory to Jamie George about his weight.” 😬

The incident is currently being investigated by European Professional Club Rugby.