Officials confident they got it right after bizarre double touch down 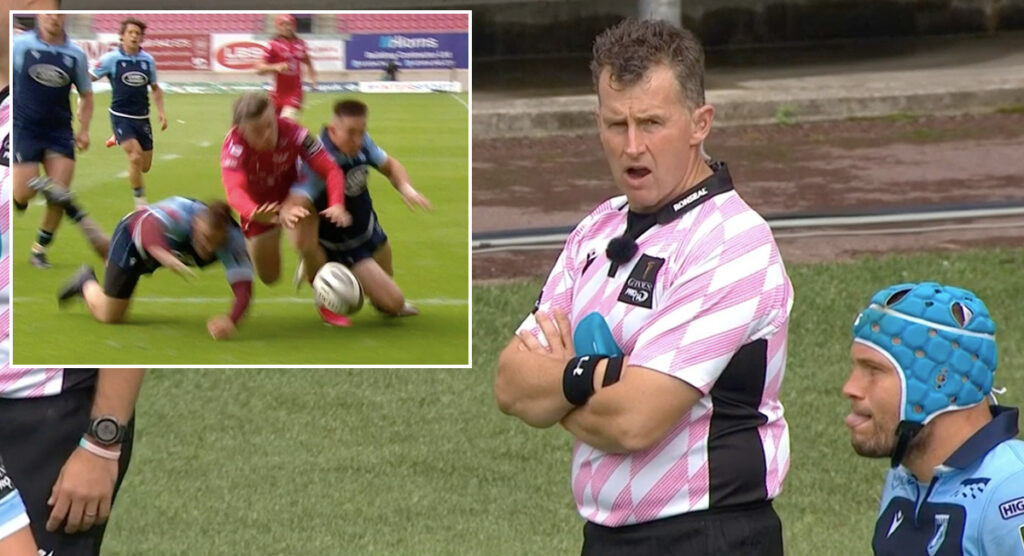 Fighting over a loose ball over your own line is quite a normal aspect of rugby, but two players simultaneously touching down is something rare, as well as a TMO’s nightmare.

That’s exactly what happened though when Welsh international wingers Josh Adams and Steff Evans went toe-to-toe in the first Pro14 match in Wales for nearly six months as the Scarlets took on Cardiff Blues.

Evans was the instigator of a great move down the line for the Scarlets, chipping ahead in search of the line.

Adams covered as the last ditch defence and incredibly, both players touched the ball down at almost exactly the same time.

Assistant referee Ben Whitehouse was confident Evans had sufficient grounding for the try, but instructed Nigel Owens to go to the Television Match Official to make sure.

What then appeared was that Adams also contacted the ball, causing some confusion to both the commentary team of Premier Sports and the officials on the field.

Under the World Rugby Law 2(a): A try is scored when an attacking player: 2.Is first to ground the ball in the opponents’ in-goal.

What the law doesn’t clarify however is whether two players can touch the ball down at the same time. Determining that Evans touched the ball down first must surely come down to milli-seconds and almost impossible to the naked eye.

The officials got around it by the wording of the TMO request, asking if there was any reason to disallow the try. Perhaps some precedent has been set.

The Scarlets comfortably came out on top in the match, winning 32-12 with the bonus point.

Big call.. tough decision 👀@steffevs09 shows great persistence to chase his chip and somehow manages to get his hand on it 🤯

Would you have given that to him?