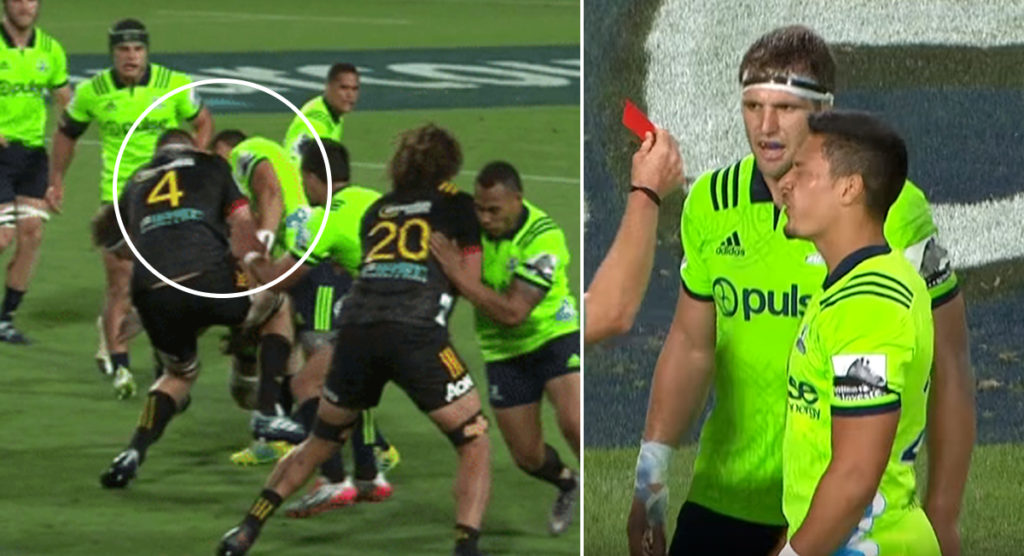 After receiving a red card against the Chiefs, Highlanders back Sio Tomkinson has received some good news following a disciplinary hearing via video conference. Tomkinson was sent off for his no-arms shoulder tackle on Brodie Retallick in the opening weekend of Super Rugby.

The decision at the time was viewed as an “incredibly harsh red card” and stirred debate amongst fans and pundits.

After a thorough examination of the incident, a SANZAAR Judicial Committee Hearing found Tomkinson not guilty of contravening Law 9.13 Dangerous Tackling and Law 9.16 Dangerous Charge.

“The Judicial Committee conducted a detailed review of all the available evidence, including all camera angles and relevant match reports. The Committee heard evidence from the player, a member of the Highlanders’ coaching staff, and received submissions from his legal representative, Aaron Lloyd.

“The Committee adjourned the hearing to make further inquiries with the match referee and received additional information from him. With the benefit of this further information, the Judicial Committee was satisfied on the balance of probabilities that the referee was wrong in issuing the Red Card. The Committee determined to remove the red card from the Player’s record.

“Due to the rapid change in angle from the Chiefs player, and the tackle of the other Highlanders player involved, the incident appeared to be more significant that it was. The Committee had the benefit of lengthy analysis and review of the footage and the other evidence which enabled it to determine that there was no contact to the head by the Player and no foul play.

Tomkinson will therefore be up for selection when the Highlanders host the Reds in Dunedin on Friday.