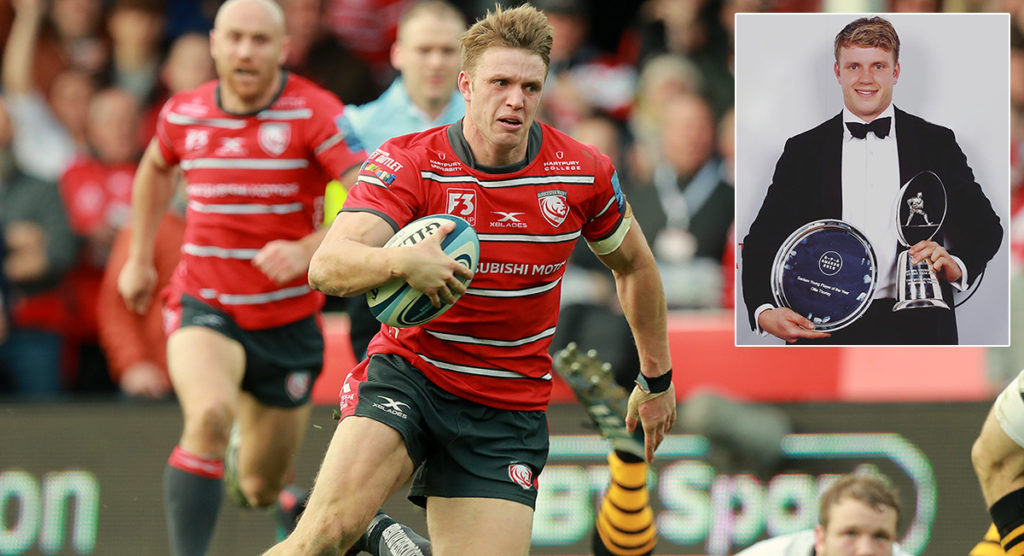 The 22-year-old Thorley fought off some tough competition from the likes of Joe Cokanasiga, Alex Dombrandt, Tom Curry and Rory Hutchinson, in one of the most star-studded line-ups in recent history.

This has been a breakthrough season for the former England under-20 international, as he has been part of Gloucester’s revival with Johan Ackerman. He has been on the scene for a while, but this has undoubtedly been the season where he announced himself as one of the Premiership’s best wingers and rightfully was called into Eddie Jones’ England training squad.

He started the season very well, earning the Player of the Month award in November, marked by his stunning try against Leicester. Here are the highlights of his month:

This was the try against Leicester from another angle:

Thorley has not necessarily scored a shedload of tries this season- only five in the Premiership, but it is the danger that he poses with ball in hand that has made him so crucial to Gloucester. The combination of his pace and incredible balance means he is the creator of many tries that Gloucester score.

This was shown against Exeter in the Champions Cup, where Thorley did not score, but his elusive running was the platform for two of the Cherry and Whites’ tries. He is a natural runner with ball in hand, and alongside the likes of Cipriani, it makes Gloucester’s back line extremely lethal.

Thorley is an England international in waiting, and while the World Cup may be too early for him to make his bow in white, if he carries his form into next season, it will not be long before he gets his call-up.