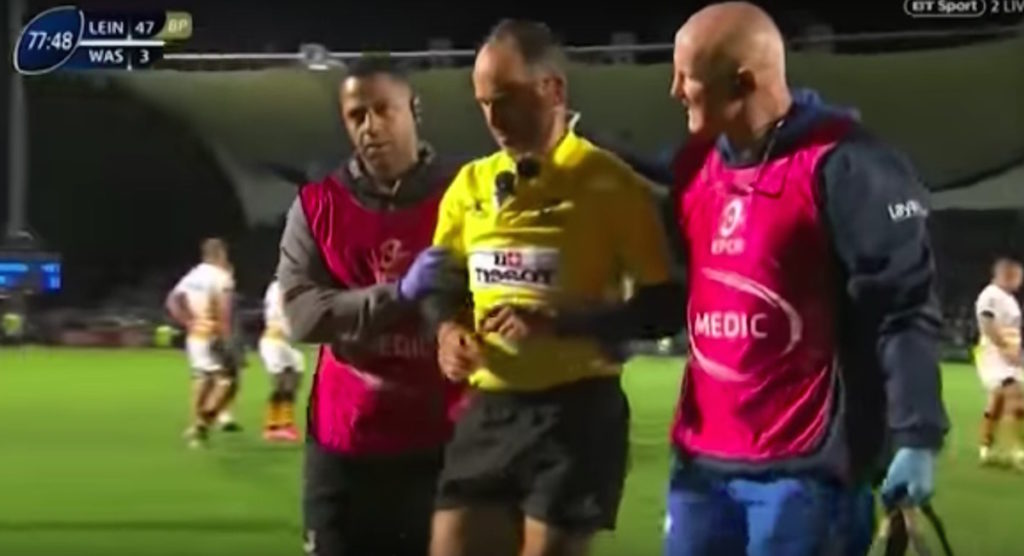 French referee Romain Poite was hit from behind by Leinster’s blindside flanker Rhys Ruddock on Friday night forcing the international match official from the pitch.

Poite received physio attention but departed the field in the 77th minute of the opening match of this year’s Champions Cup between Leinster and Wasps.

Poite made his international debut at the 2007 Rugby World Cup and in more recent years has been at the center of some controversial moments including his decision in the dying stages of the third Lions test last summer.

The 43-year-old also made headlines during the 2017 Six Nations match between England and Italy when he told flanker James Haskell “I’m the referee not the coach” following Italy’s ‘ruckgate scandal’ at Twickenham.

But it isn’t just Poite who has been on the receiving end of a battering. Former Premiership official Andrew Small took a box kick to the face in 2013 during a league match between Harlequins and Northampton Saints.

Or was JP Doyle’s face shot from the same season even worse?