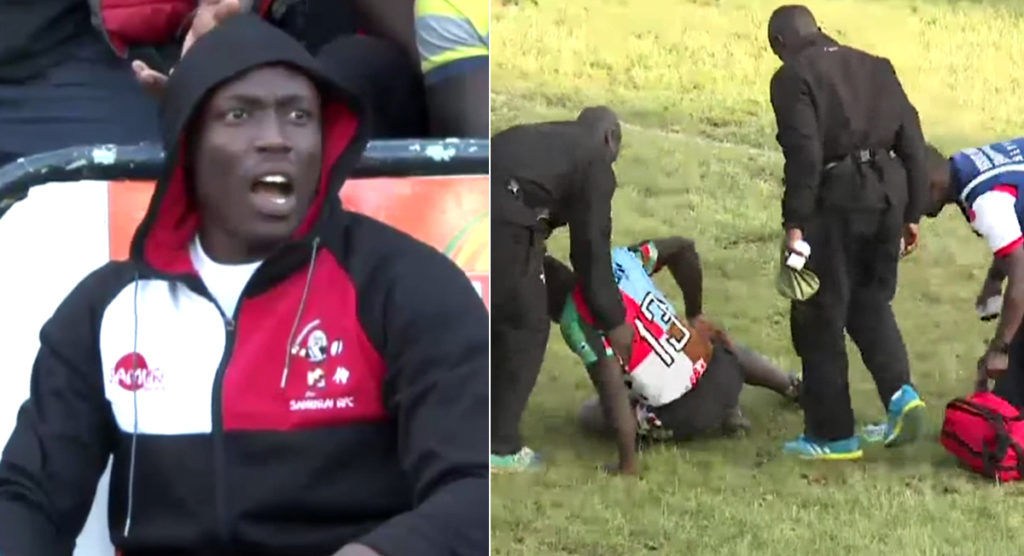 This crazy tackle happened in a Kenya Cup League game between Kenya Harlequins and KCB Rugby Club this past weekend. While defending champions KCB won the match convincingly in the end, they did go down a man after a shocking tackle late in the match.

The RFUEA grounds played host to the contest and as Harlequins attempted a late comeback, they were brought to a halt by an outrageous tackle by the KCB lock that thankfully did not end in serious injury.

The tackle was more akin to some kind of suplex in the WWE, going a full rotation and bringing the player back down on his feet and to a slightly lesser extent, his behind. Past the horizontal would be an understatement.

The commentators saw the amusing side of it, especially with some of the reactions in the crowd.

A yellow card followed and KCB finished the match with 14 players, but as they featured a number of returning stars from the national team, they comfortably won the match 22-13.

The KCB coach admitted it was a ‘moment of madness’ but as it was dealt with on the field, felt that should be the end of it.

Keep submitting your club or schools clips to us via rugbydump.com/blitz and we’ll share the best