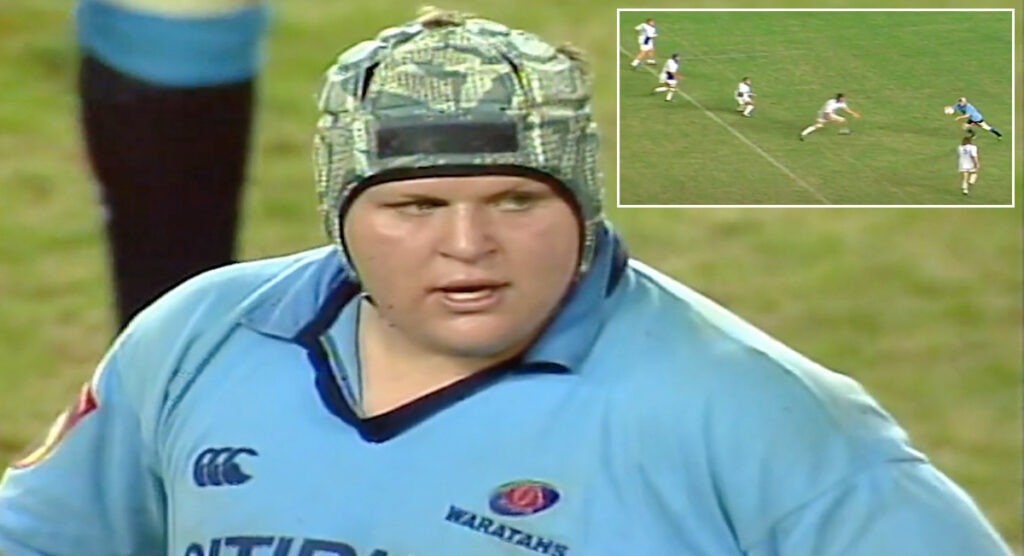 The guys from rugby.com.au have put together this great new video showing just a few of former Waratahs prop Matt Dunning’s more famous moments in action.

The Wallabies prop played Test rugby between 2003 and 2009, picking up 45 caps in the process to add to his 90 caps for the Waratahs in Super Rugby.

He was a tough competitor and clearly was unique for his position, as he could not only carry his formidable weight up front but also had the skills to match the backs, famously picking up intercepts, handling the ball and even slotting a drop goal.

The moment has been played in countless highlights clips, going down as one of the more peculiar things to have happened on a rugby field.

The most amusing part was not that it was a prop slotting a perfect drop goal. It was that in that particular game, the Waratahs needed to win the game by 2 tries to advance to the semi finals.

In other words, they were meant to be keeping the ball in hand, not kicking it.

The story goes that Dunning apparently meant for the drop goal to miss, thus giving his team the penalty (which they’d use to score a try). However, he slotted it perfectly, and as a result lost the attacking opportunity.

The Waratahs won the game 25-14, but it wasn’t enough to get into the semi-finals.

Many in the team reportedly then embarked on a 48-hour bender which saw Dunning break teammate Tuiavii’s nose, crash tackle other players, harass a cab driver and annoy members of the public.