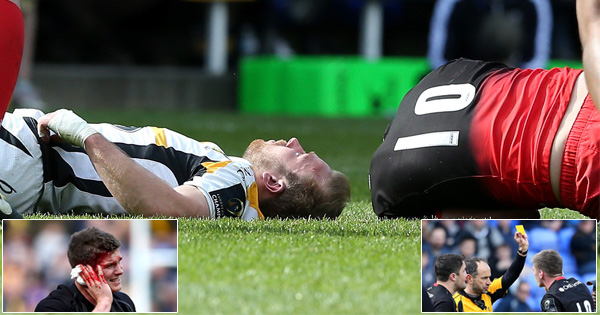 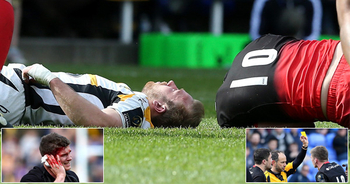 Saracens reached their second final in three years with a 24-17 victory, with Farrell himself kicking four penalties and a conversion, while Robson scored an excellent early try for Wasps (highlights).

The two came to blows in the second half and while Farrell appeared to be holding his ear to his head as blood poured from it, Robson needed to be stretchered off after the sickening knock.

Poite, after consulting with his TMO, ruled that the tackle was illegal and carded Farrell.

“He is up and about, and will have to go through the protocol over the next couple of days, which determines when he is right to play next.

“The referee has a job to do and he has to do what he thinks is right, but we came out the wrong end of that one as we lost one of our star players for the game and Owen Farrell got ten minutes.

“So it’s a little disappointing, but it’s not the reason why we lost the game, and I want to steer away from that and won’t make an issue of it as it looks like sour grapes.”

While Robson was ducking down and in a fairly unnatural position, could the clash have been avoided or was Farrell already committed? Let us know what you think.