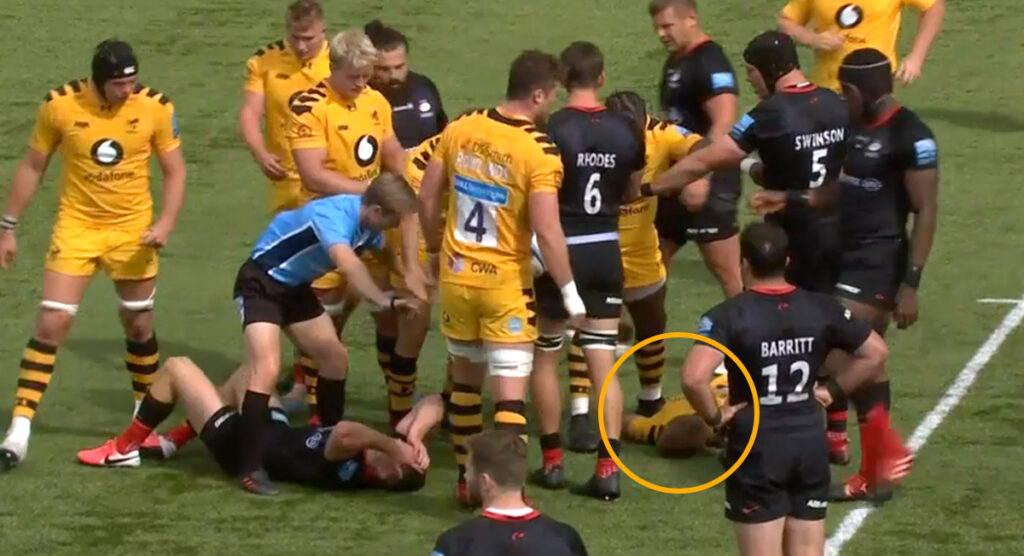 Following the tackle that earned him a straight red card, Owen Farrell will face a disciplinary panel on Tuesday evening, looking likely to cop a sizable ban that will see him out of action for a significant portion of the season.

The England playmaker was shown a straight red card by referee Christophe Ridley in the 61st minute of Saturday’s match between Saracens and Wasps for a dangerous tackle on Wasps’ Charlie Atkinson.

The two players exchanged words when Atkinson came off the field, but a lot of fans and media have expressed outrage at Farrell’s latest tackling transgression.

The red card will mean that he is set to miss out on the crucial Champions Cup quarter-final with Leinster on September 19.

“It is what it is. He could easily have been out of the Leinster came for another reason – injury or whatever,” said director of rugby Mark McCall.

“He missed the last quarter-final of the Champions Cup because his wife was having their first child. We have got plenty of good backs at the club so we will just rearrange our back line a little bit and get on with it.”

News of the suspension will likely come out late on Tuesday evening.